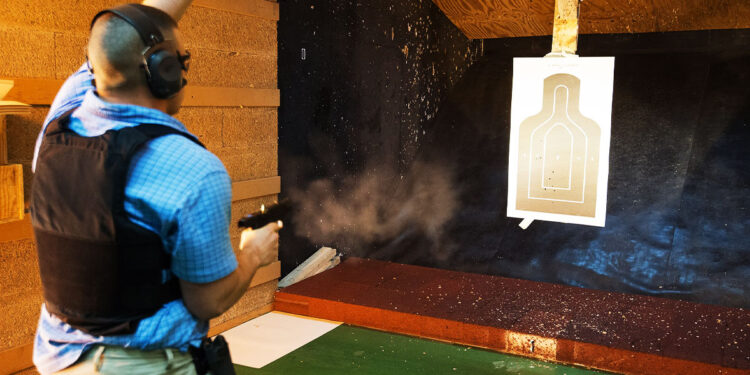 Obviously, sighted fire is the best way to operate a handgun or a long gun; the better and faster you can aim, the more likely you are to hit. However, there are instances where the perfect presentation may be impossible, which means you have to resort to a different shooting method.

A lot of people will use the term “point shooting” to describe that shooting technique (and there really can be a technique), but modern curriculums teach something very different (though related!), which is usually called “shooting from retention.”

We’re going to define and differentiate the terms and what the general philosophies behind both are.

And get training. If you want to learn to shoot from the clinch, you need to find an instructor who knows what they’re doing. For close-quarters gunfighting, Craig Douglas, Greg Ellifritz, and Chuck Haggard would be the go-to SME’s on the topic.

But with that said… 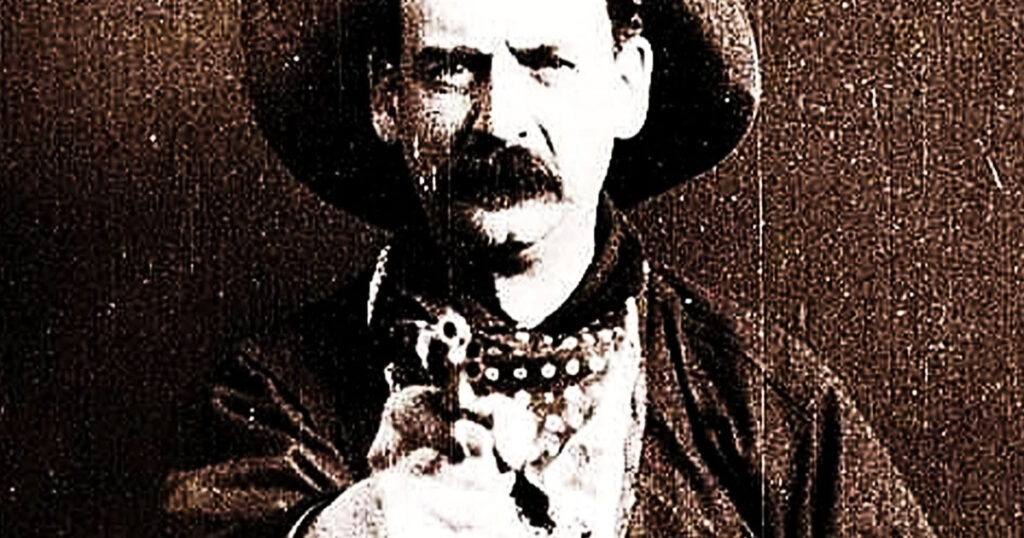 Point shooting is an old combat shooting method that was previously taught to a lot of police departments and federal agencies. The exact techniques differed, but they all boil down to the same essence:

Some methods would index the gun to the body, such as the old FBI crouch – which was similar to the method Fairbairn and Sykes taught to the Shanghai police – has the shooter keep the pistol in the centerline of the body, so the gun is oriented at the target.

Bill Jordan’s method was to tuck the shooting arm elbow into his ribs and aim by feel…which was probably easier given he carried a Model 27 for most of his career.

The Rex Applegate method was to shoot once the gun was roughly aligned with the target and the line of sight.

The US military also had a point shooting method called Quick Kill that was very similar; that system has the shooter bring the barrel just under the target, and it was found to be effective at close range.

Regardless of the method, point shooting is a technique of shooting quickly without gaining a sight picture.

Shooting from retention is firing at a target from contact distance or in an actual clinch. The common technique is to thrust the elbow back and tuck the firing arm tightly into the ribs, so the gun is just in front of your torso.

The pistol can be oriented up or down if needs be or locked in alignment with the body so that whatever is in front of you will be hit when you fire.

Retention shooting is taught to police and by concealed carry instructors only as a technique for extreme close quarters. Since aiming is all but impossible, the point is just to get hits on the body to compel the attacker to pause so you can break contact…and get the gun up for a sight picture.

Shooting From Retention Is A Good Skill, Point Shooting Is Pointless

Shooting from retention is a practical defense skill. Given that many civilian-involved (and officer-involved) shootings happen with arm’s reach or close to it, it is, therefore, a good technique to practice and be aware of and have in the toolbox, so to speak.

Point shooting approaches Fudd lore. Those who advocate for it on these interconnected webs (a series of tubes) are typically untrained and unpracticed; ask them to point shoot on the clock for score, and they will insult their way out of it.

The reality is that a skilled shooter can draw, aim and fire quickly, even at fairly close distances. There’s no reason not to practice and use sighted fire unless it is impossible.

If you aren’t in a clinch or so close to the target that you can’t get the sights on target…why wouldn’t you?

The reason various point shooting methods were devised was always the same: teach people how to get hits with minimal instruction time. If you only have so many days and so many bullets to get people qualified, it does kinda-sorta get results. The conscientious armed citizen takes time to make themselves effective; they don’t do the bare minimum.

Point (zing!) being…it’s a less-effective method for accomplishing a task, so there’s no reason to bother.

Father Shot by Son After Being Mistaken for Intruder