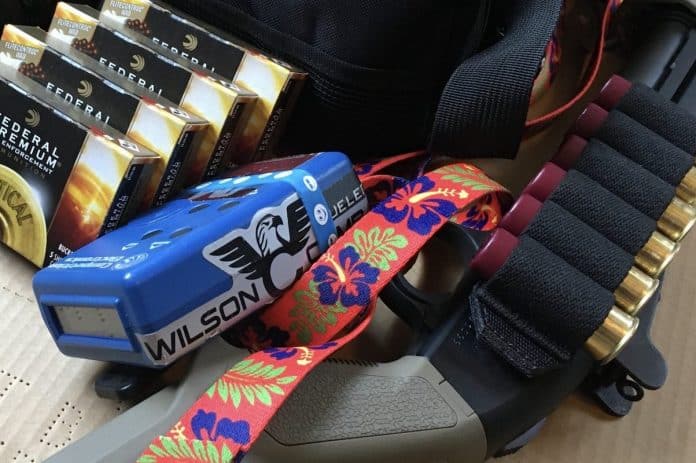 The saying goes something like buying a guitar, regardless of how good it is, does not make you a musician. The same is true of firearms. Buying a shotgun does not make us shotgunners. There is still work to be done to learn how to use the tool as well as it can be. Really, that is what separates the guys who know how to “shoot” a shotgun from the guys who really know how to shoot a shotgun, the work.

Where Do We Start

So how do we practice with a shotgun? Well, as usual, it depends. If we are completely new to shotguns, there are some really good YouTube videos out there about how to run a shotgun. To the best of my knowledge, the absolute best “introduction to defensive shotguns” video out there is from Lucky Gunner Ammunition. I have yet to see one better.

Even though a video is no substitute for actual training, it is a good primer before participating in training to familiarize ourselves with some of the lingo associated with shotguns and learn some basic concepts.

Then go find a class. Preferably a good class. There is a lot of misunderstanding around how to best run a shotgun or all of the nuance of the shotgun, so finding a good instructor can sometimes be difficult. Look for guys with Rangemaster Shotgun Instructor certifications. Barring that, look for people who have at least attended shotgun training from some of the more reputable names in shotgun training.

Assuming we have a little training under our belts and know the basics of running the shotgun, here are a few things we can do to stay sharp.

The most important shot fired is the first one. Perhaps even more true with shotguns, since they tend to be fairly conclusive. Single-shot presentations are a worthwhile exercise with the shotgun, as long as we ensure there is proper follow-through. If we are using a pump shotgun, anytime we fire the gun, we run the action to load the next round. This is part of the follow-through, and as much as possible should at least be initiated while the gun is recoiling. When the front sight or bead settles, we should nearly be ready to shoot again if necessary. If you have a side saddle or other plan to carry ammunition with the shotgun, if you shoot one, load one. Rinse and repeat until you have no more ammo.

If you want to add a little extra spice to life, the Bill Drill 2 is a good pistol drill that is easily adapted to the shotgun. It can still be shot at 7 yards or dropped to 5 yards if your targets are taking too much damage to really score it. At these distances, the hits should be fairly tight for the most part. Tight enough that we can still go for keeping hits inside the 8” -0 of an IDPA target.

The drill is pretty straight forward. It is a progression of rounds fired over 5 strings of fire. String one, fire one round. String two, fire two rounds. Continue the pattern until string five, with five rounds fired. Each string is timed individually, and the times are then added up for a total time. At the end of the drill, you should have five times to add up. The pistol version of the drill has skill brackets associated, but those don’t really translate to the shotgun. We will end up with a score that we can track over time though. It also allows us to get five presentations to target, work recoil mitigation with the shotgun, and get accustomed to running the action on pump guns under time pressure. All while maintaining an acceptable accuracy standard. If you are topping off the gun between strings, you get loading practice as well.

To add something a little more official, shooting a recognized qualification every now and then and keeping up with the scores can be useful. The problem is, finding a qualification worth shooting. The FBI has a shotgun qualification, but I hear that shotguns are on the way out at the Bureau. A better idea might be to try and find out if your specific state has a law enforcement shotgun qualification. Where I live, it is published online and accessible to anyone. For those of you that don’t have one, or don’t have access to it, this is the FBI’s qualification. It is meant to be shot strictly with shotgun slugs, on the FBI’s normal qualification target. An adventurous person might shoot it with buckshot from 25 yards and in.

Remember, the key to improving proficiency is to do the work. That doesn’t always have to mean live fire. A few 12-gauge dummy rounds and some dry fire practice can go a long way to getting a handle on keeping the shotgun stoked and running the action properly.

Confirm skill development with live fire, maybe hit a few key skills in live fire. For the cost of 50-100 shotshells a month we have a solid foundation of skill. Oh, and by the way, budget grade birdshot, which is good enough for most practice, has a per round cost about the same as 9mm. Happy shooting.