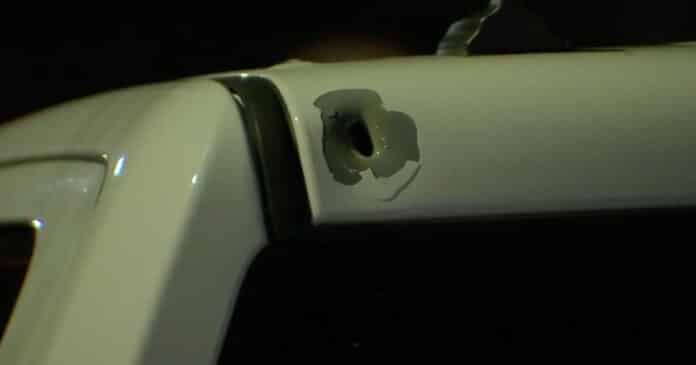 This past weekend, a Houston resident noticed someone breaking into a neighbors car. He then got into his truck and confronted the would-be car thieves. He proceeds to honk his truck horn at them and yell that he knows they are breaking into the car. It sounds like the suspects started heading down the street on foot and then turned back around. As he shined his headlights at them, at least three suspects starting firing at the man in the truck.

That’s when he draws his own firearm and returned fire. The suspects then chased the man down the street to a nearby walking trail.

“They chased me all the way down the street to the walking trail,” he said. “I can’t believe all three of these kids had guns.” via ABC13

We cover stories like this all the time. Someone sees either their own car being broken into or another resident’s car and decided to confront the thieves. Sometimes with a gun in hand. Those are two things we never recommend. Confronting someone breaking into your car and using a firearm to protect personal property.

You have no idea what you are getting yourself into, how many suspects you are dealing with, and if they are armed or not. And that’s what happened. This man was instantly up against three armed suspects shooting back at him. While he did have his own gun, he was clearly outgunned.

Luckily no one was hurt, but where did all those rounds go? An innocent bystander could have easily been hurt. All over a car being stolen.

So, what was the outcome? Nothing? Hoodrats made it to live another day?