[DON’T DO THIS] Resident Opens Fire On Fleeing Burglars 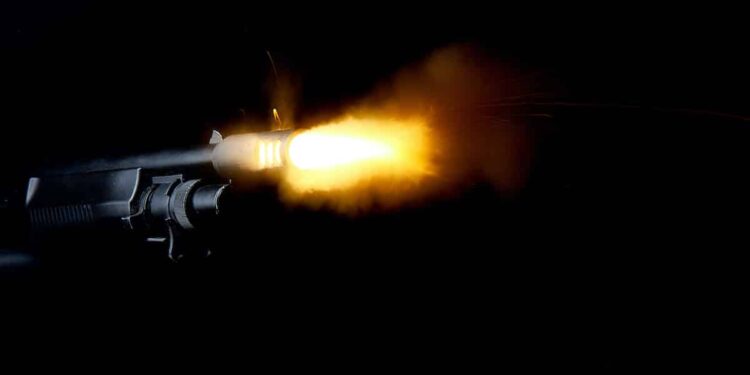 A man was sleeping on his couch a bit after 6:00 AM in his Yakima, WA home when he was awaked by two men breaking through his front door. He ended up confronting them in his hallway.

Apparently, one of the suspects replied with some foul language before they fled the home.

The resident then grabbed a shotgun and attempted to stop the suspects from getting away by firing at the rear tire of their truck as they drove away. He was unsuccessful in stopping them but was able to give police a good description of one of them.

According to the resident, nothing was taken from the home.

This is most assuredly, not a defensive use of a firearm. One of the temptations responsibly armed citizens must avoid is allowing the initial genuine fear of our lives to turn into anger once the attackers are on the run. Fear can quickly turn into “How dare you attack me, break into my home, e.tc” and “I’m not going to let you get away with this” as the attacker(s) are fleeing the scene.

If the initial fear turns into anger, then we risk the possibility of becoming the aggressor in a brand new fight that could bring serious legal consequences. Once the attacker(s) are on the run, you have already won the fight. They are no longer a threat to you. Let them go, get the best description you can, and call the police.