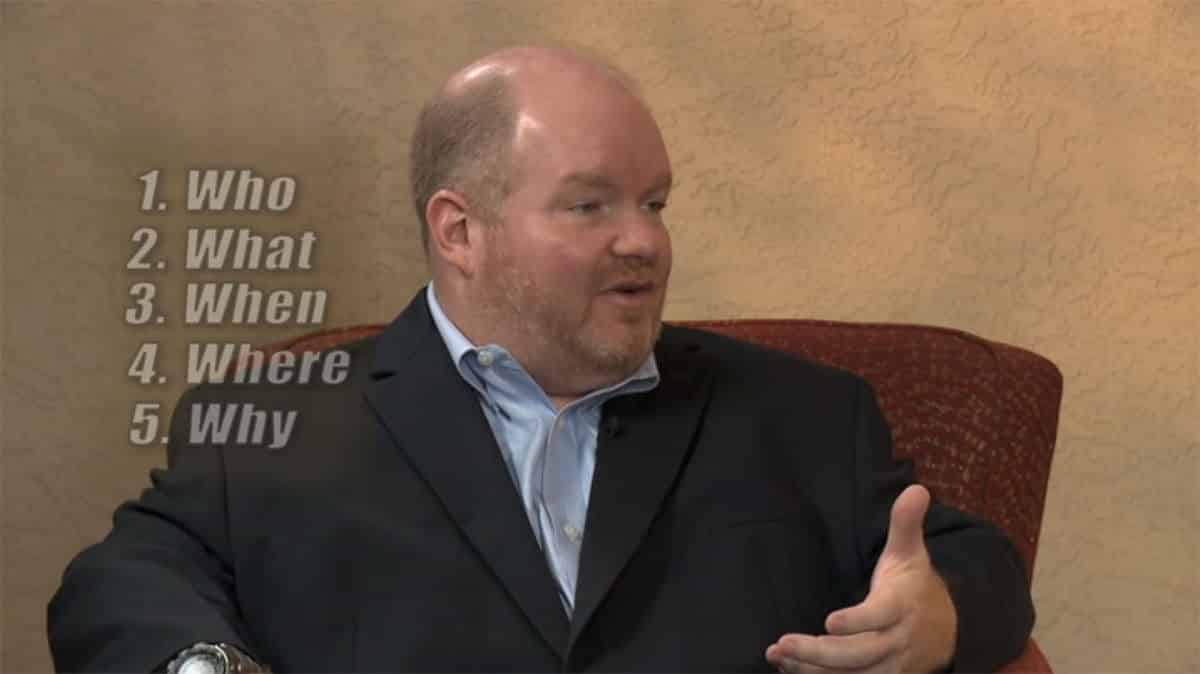 Personal Defense Network has a reputation for rock-solid training and training materials, and “The 5 W’s of Personal Defense” is an excellent starting place for those interested in self defense. Presented by William Aprill and Robert Pincus, the focus as the title might suggest is on the who/what/when/where/why of violent crime:

The focus is on Aprill, with Pincus filling the role of the informed interviewer and asking questions to enrich the presentation.

William Aprill’s dual backgrounds in law enforcement and mental health both shine through. He situates a violent crime as an interaction between the violent criminal actor and their target—and me makes a distinction between a target and a victim. This is a journey through the criminal mindset, the circumstances of crime, and how the two shape each other.  Aprill is an engaging presenter, with a matter-of-fact, relateable manner and a knack for clearly imparting knowledge to the viewer.

The information presented is meant to be introductory, but nonetheless thorough. This is not a DVD for  high-speed-low-drag tactical operators; it’s for everyday people who want to understand what they’re up against. The focus is on the kinds of encounters and interactions that are most likely to happen. And the approach offered is proactive: April spend a lot of time discussing the ways in which targets of crime interact with violent criminal actors, often without knowing it. As an advocate for an armed, informed citizenry I really liked that. We’re not helpless targets, but actors with full agency who have a say in what happens to us, even while under attack by a criminal.

In conclusion: this is a great starting point for those seeking a better understanding of violent crime and  the various responses available. It’s a fairly easy and engaging watch, so buy a copy and spend an hour taking notes. You might be glad you did.

Where Do You Keep Your Gun While You Sleep? [SURVEY]