by D M
in Articles, Training
0 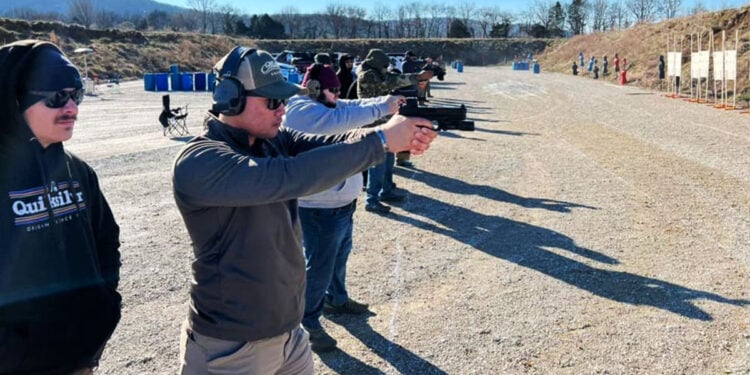 I will be the first to admit that my range bag is larger than most peoples’ checked luggage. I have everything under the sun for the sole purpose of not being without. Traveling across multiple states for Riley Bowman’s Pistol Intelligence, I took a day to ensure I would pack anything I may need and nothing that I would not. I am not going to bore anyone with what I specifically brought, but I will point out what I did use, and the list is surprisingly short.

There were no war belts, chest rigs, plate carriers, or cobra kai kydex abominations. Some of the law enforcement students shot from their duty rigs. The average joes shot from their concealment holsters. I did not spot a single individual shooting from a “range rig” outside of two individuals shooting from their competition belts that they actually compete with. The point is that everyone in the class shot with the equipment they were familiar with and didn’t show up with a fantasy loadout that they only keep to gain social media followers.

On TD1, there was a course briefing followed by a safety briefing. We were then given a short break to load magazines and gather our equipment. Those of us that were already carrying a firearm were given the opportunity to unload and swap carry ammunition on the line. Immediately when I placed my ear pro on, the batteries were dead. Although I checked my gear prior to the class, the cold temperatures throughout the night must have drained the batteries. Thankfully, I had spares because if not, I would have struggled to listen throughout the 2-day class.

The course itself was moving at a steady pace, despite the frigid temperature and everyone trying to stay warm. I wore the same jeans and sweatshirt that I wear most days, with the only addition being the thermals underneath. I had zero issues with AIWB carry and the thermal undergarments. To my knowledge, no other students experienced issues either. Due to the temperature drop, I opted to carry my spare magazines outside the waistband, although I remained carrying my pistol AIWB.

On TD2, the temperature warmed up enough to change my attire slightly. I opted to leave my thermals on but replace my sweatshirt with a t-shirt to use as a cover garment. I removed the outside-the-waistband magazine carriers and used a single AIWB magazine carrier for a reload. The rest of my magazines were placed in the pockets of my jeans. Strangely… I survived. Just as you would with a belt that has multiple magazine pouches, do your due diligence to ensure your reload is always topped off. At no point was it required to have more than four magazines; one in the pistol, one in the carrier, two additional spares to make ready.

I do not want to spoil the course curriculum for anyone, and I’m aware there are AAR’s out there regarding this specific course. What I did want to touch on was that over the years, I have noticed an obsessive amount of discussion related to gear and not enough discussion on how that gear will be used. Showing up to any class with a drop leg holster when you do not carry one on duty, compete with, or carry daily is a completely wasted opportunity to use what you actually carry. Discovering that your equipment doesn’t work isn’t something you should find out during a class. Thankfully, this wasn’t an issue, and the course ran smoothly. The only noted issues in the entire 2-day course were both related to ammunition malfunctions (improperly seated primers and light loads). 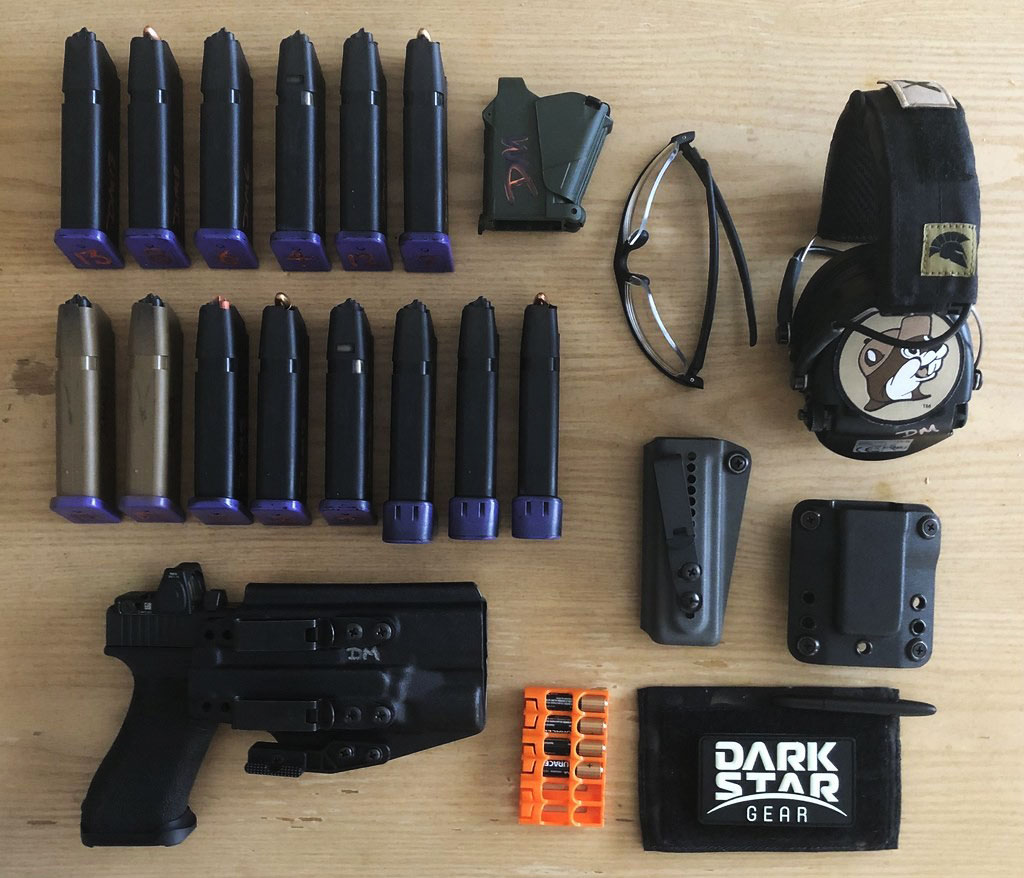 Lessons Learned & Tips for the Future

1. Dump all of your ammunition into a single ammo can with your mags and mag loader.

This will keep everything together, and you do not end up losing track of things because all of it is in one place. There were many students loading magazines by hand from cardboard boxes, so when our lunch breaks came, they spent more time loading mags and picking up trash than soaking up information.

2. Spray paint all of your training magazines in an obnoxious color.

Having purple base pads meant that mine were unique, and I never lost track of a single magazine. It’s just a magazine. What it looks like doesn’t change your performance. At one point, I realized a mag in my pocket was not my own. It was a friend’s magazine, completely unmarked, and we were only able to identify it by the ammunition loaded.

There are a variety of notepads that fit in your pocket. If you are one of those individuals who need a clipboard, set it on the ground after taking notes. This allows you to get back to what you need to do, and you will thank yourself later on for writing down important information, such as key concepts and techniques you want to research further.

At this point, you should have an idea of what you actually need for a course. Understanding that the course is there to allow a shooter to gather the tools necessary to practice on their own. With that, I want to point out an observation noted by multiple students. When there was less focus on what everyone around you was shooting, what they were carrying, and how they carried themselves, there was a greater focus on the individual student’s abilities to perform.

Safe on the Range: What is Spalling?

Concealed Carrier Stops to Pee in Chicago Alley; Gets Shot While Drawing from the Drop

DM is a civilian shooter with a high interest in pistol marksmanship, defensive pistol shooting, and all things related to concealed carry. He has dedicated the past four years strictly to becoming a better shooter, having attended courses with Frank Proctor, John McPhee, and almost exclusively with VATA Training Center in 2018.

Concealed Carrier Stops to Pee in Chicago Alley; Gets Shot While Drawing from the Drop