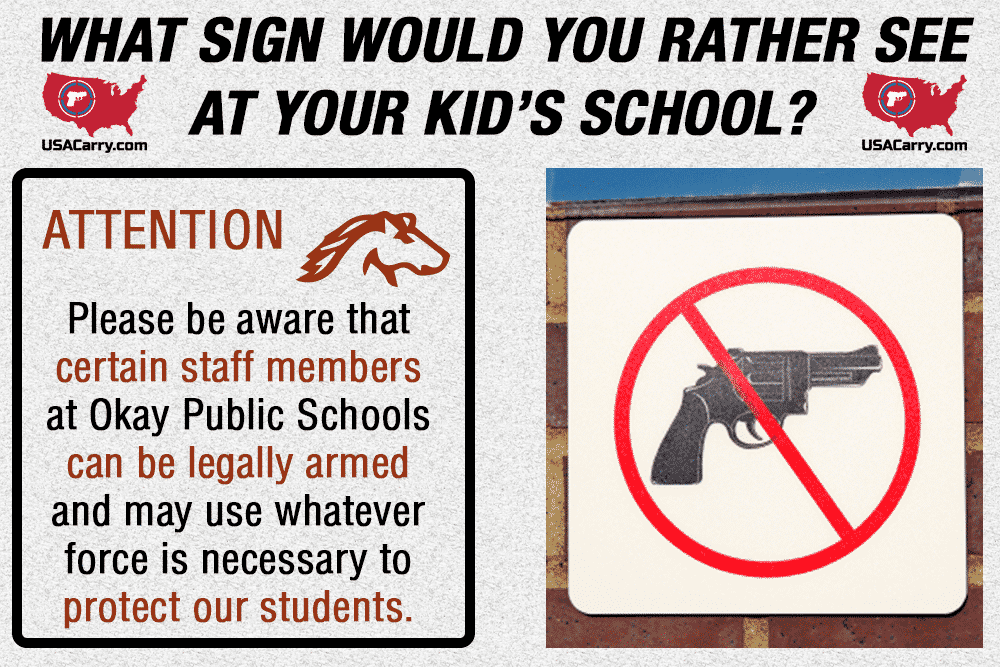 I’m pretty sure which sign our readers would rather see at their kids’ schools. The sign on the left is what Okay Public Schools erected recently to announce their “Armed School Employees” policy which was passed back in August 2015 as a result of the Okay Police Department being disbanded in December 2014.

“The signs are more or less a deterrent,” Superintendent Charles McMahan said. “We don’t want to be a soft target.”

He also mentioned that while sheriff’s deputies are available, it is “seconds, not minutes, that matter.”

As of right now, only one Okay employee is approved to carry a gun on school grounds.

For other employees to arm themselves, they must qualify with a Council on Law Enforcement Education Training certification or license; possess an Oklahoma Self Defense Act License; and be CLEET qualified with the firearm, according to the policy.

After an employee has completed the qualifications, they may submit themselves to the OPS Board of Education for approval before carrying, McMahan said.

I hope more teachers in this county follow suit as well as other counties across the country. Recently, a Connecticut town has considered arming and training teachers but faces criticism from the Governor.