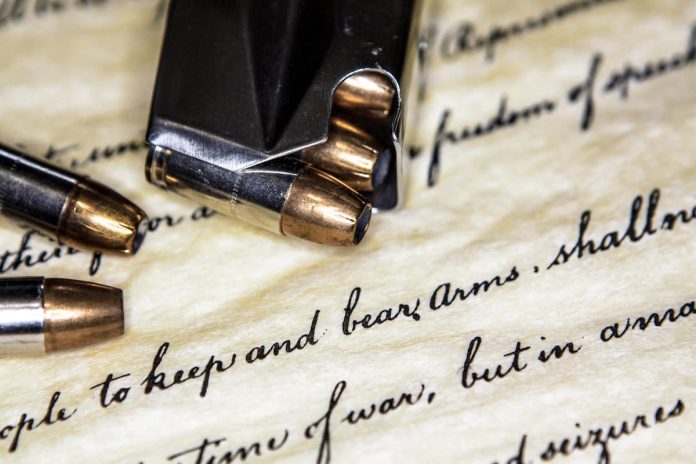 In case you didn’t hear, South Dakota recently became the fourteenth state in the Union to allow Constitutional Carry.

‘Constitutional Carry’ basically means that residents of legal age are allowed to conceal carry firearms on their person without a permit or license, within the boundaries of the state.

The measure, SB47, was approved by the Republican-dominated state legislature and then signed into law by Republican Governor Kristi Noem, who was narrowly elected to the governorship in November and then officially took office in early January.

“More than 230 years ago, the Founding Fathers of our country penned the Constitution that has since laid the framework for centuries of policies,” said Noem at the signing ceremony. “They so firmly believed in the importance of the freedom to bear arms that they enshrined it into the Constitution’s Second Amendment. This constitutional carry legislation will further protect the Second Amendment rights of South Dakotans.”

SB47 was supported by the National Rifle Association, who called the measure ‘common sense’ in order for law-abiding South Dakota residents to exercise their right to self-protection.

The measure was opposed by gun control groups, such as EveryTown For Gun Safety. The group backed up their position by taking a poll of 875 South Dakotans, which found that 85% of them supported requiring permits in order to conceal carry.

Concealed carry is currently legal across the United States, but only thirteen states (and now fourteen with the addition of South Dakota in July) are constitutional carry states. All other states require a license or permit in order to conceal carry a firearm, and those states can either be shall issue (meaning that law enforcement must issue concealed carry licenses to those who qualify) or may issue (meaning that law enforcement may or may not issue licenses to those who qualify).