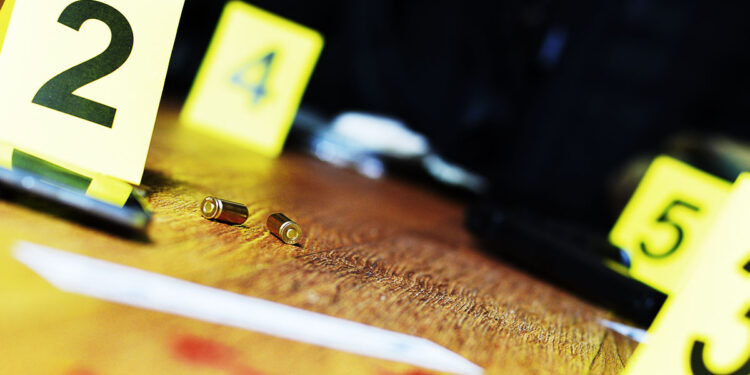 This isn’t the only time criminals have robbed a tobacco store in the past few months. And it’s unlikely it’s going to be the last. This week, three armed men tried to rob a place in Rock Island, Illinois, but they chose a terrible location.

“I was just thinking about trying to stay calm, stay still because they had the gun right in our faces,” the store clerk told KWQC.

An employee was able to get a gun kept by the business owner because of two previous robberies. So when the crooks threatened a person pulling up, the clerk “emptied his magazine.”

“This man looked me in the eyes and said, ‘You have kids at home? You have a family at home? I do. I wanna go home. Do you wanna go home tonight?’ As they were exiting the store, I saw him point the firearm towards a customer that was pulling up, and that’s when I emptied the magazine into him.”

Later, dispatchers received a call about a man with a gunshot wound, but someone got there first and took the dead criminal to the hospital. The clerk also hit a second offender, leaving him in serious condition. One thug dead and one in serious condition. Not a perfect score, but two out of three is pretty good. 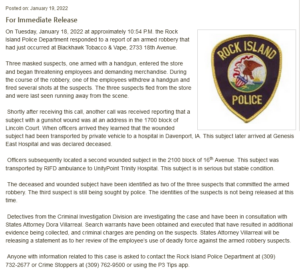 “After a preliminary review of surveillance video and witness interviews, it appears the use of force by the employee was justified as self-defense and for the defense of others inside the store during the robbery,”

The clerk said, “Nobody wants to see anybody lose their life,” but on the other hand, he needs to remember that life could have been his. After a couple of robberies, the store’s owner took action and left his employees armed for this third attempt. The robber asked the clerk if he had a family and wanted to go home, but the thug didn’t expect the tables to be turned, and he ended up in the morgue.