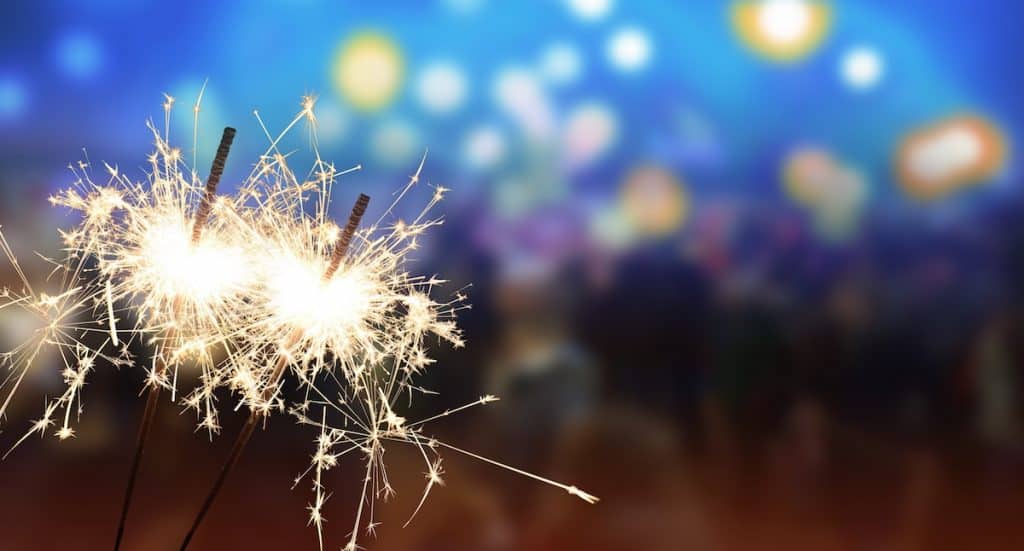 If you’ve ever tuned in to see any of the Purge movies playing on TV, you’re going to get a big hoot as a gun owner. The big premise is that whenever large groups of people are given free license to act however they choose, they’ll generally choose the worst. Protagonists, in this series of stories, are usually the few who go out of their way to help others and themselves.

While the Purge movies are straight campy, there is something that can give large groups of people creative license to do all sorts of stupid things: alcohol. And there will be plenty of people and booze on New Year’s Eve.

Okay, so New Year’s Eve isn’t Purge-level bad. The biggest issue any of us have to worry about is avoiding the annoying clubs letting out at three in the morning and howling revelers trying to kiss and hug random bystanders.

There’s a good chance the vast majority of concealed carriers wrap up their night reasonably early after the ball drops.

That’s not to say that trouble can’t exist after all the good guys and gals go to bed.

A lot of revelers shoot off fireworks in celebration of the new year. That can mess up situational awareness alongside other distractions.

Whether you plan on carrying a concealed handgun or not, here are five quick tips to stay safe no matter where your travels may take you.

There’s no excuse to drink and carry. Whenever your judgment is impaired, your gun should be secure and locked up. This first tip feeds right to the second point…

The designated driver is the (un)lucky guy or gal who gets to crate everyone home in the car. While it’s possible not everyone goes home the same way they arrived, it at least ensures everyone knows they have a safe way back. If there’s any way you can show your appreciation to this person through either not vomiting in their car or filling up their tank, it’s always an added bonus.

If that driver also happens to be a licensed concealed carrier, you’ve just hit two birds with one stone.

Have A Rendezvous Point

If you’re going out, make a plan for everyone to meet back up at a specific place by a specific time.

This means that even if a couple of friends wander off, they know to either text or meet back up at a specific time, so everyone knows they’re safe.

Gaggling in groups is always safer than stumbling alone. Predators are the same in the human world as they are in the animal kingdom. Predators love to travel in packs and pick off the weak, slow, and delirious. Alone is preferred. A group is not.

On big public events like New Year’s Eve, there’s usually a lot of alcohol and revelry. People can get packed into close quarters. There’s ample opportunity for someone to bump into someone else, someone to accidentally kiss the wrong person at the wrong time, and everything in between.

If you see someone from your group getting pulled into some conflagration, pull him or her out. Always de-escalate and move away. Keep moving. Don’t stop. If you have the opportunity to leave without anyone getting hurt — them or you — consider that way more valuable than ego.

Staying safe this New Year’s Eve can be as easy as working together. Just a little pre-planning can prevent a world of poor decisions later on. If you decide to carry concealed, be responsible and have more than just yourself in mind. Everyone around you will appreciate it.