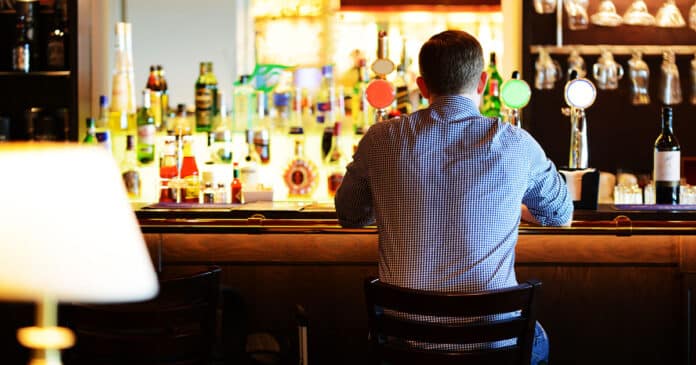 According to a bartender, both men were regulars at said bar, who also mentioned Balderas was “not acting normal.” The two were said not to have had any prior interactions throughout their visit. They arrived around midnight before the shooting after 3 AM.

Balderas went to the bar after work and had three whiskey cocktails, according to police. He would then later walk to Hartley, who was not facing him and shoot him once into the back, the shooter then walking nonchalantly to his vehicle. The police report states Hartley was taken to University Medical Center, where he was pronounced dead.

Police arrested Balderas at his home later that morning around 10, who in an interview said he did not remember why he shot Hartley. The last thing he remembered was using the bathroom and planning to go home. As soon as he saw the surveillance footage, Balderas stated, “case closed.” Reports also state he apologized for his actions but still was denied bail.

We all want to have a good time or, rather, have some time to wind down from our busy lives. It is not known if Balderas was actually a licensed concealed carrier, but drinking while carrying a firearm is something you should never do. Most states have laws against drinking alcohol while carrying a firearm or at least a BAC limit that is sometimes lower than the DUI limit.

We can speak on knowing your limits while drinking, and whatnot, but the truth of the matter is that anything you do with your firearm while under the influence is ultimately your responsibility, whether you mean it or not. There is no excuse for this action Balderas has committed, and he knows this whether or not he has any recollection. This follows the notion that everything that fires from the pull of your trigger is something you take ownership of.

Owning and carrying a firearm is already a big responsibility in itself. Yes, we all owe it to ourselves to take some time and wind down when needed, but when it comes to carrying, there have to be necessary precautions taken before diving into a state that could risk the well-being not just of yourself but for others as well.