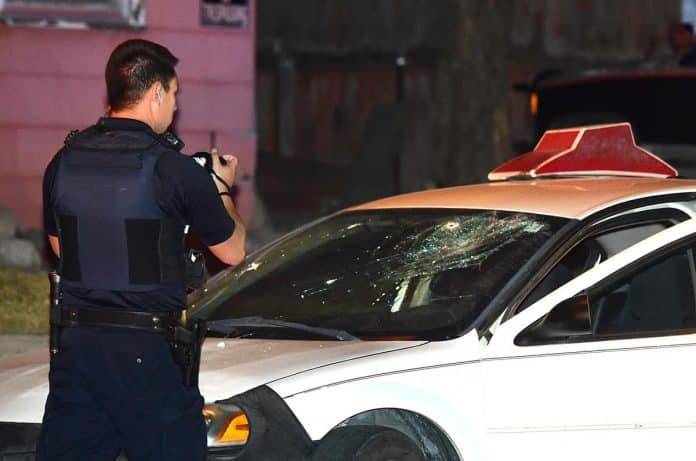 A Billings, MT pizza delivery driver was the apparent victim of a robbery attempt a little before 8:30 PM on Sept. 11, 2020.

“The pizza delivery guy was attempting to deliver pizzas, when he claims that he was robbed. While in the process of being robbed, in self-defense he’s claiming, he fired a weapon, striking the suspect,” said Billings Police. via MISSOULIAN

Photos at the scene show the delivery vehicle with what looks like multiple bullet holes through the windshield. Whether these might have been fired by the suspect from the outside or the victim from the inside is not known.

The suspect was hit at least once and was picked up by police in a nearby alley and taken to a hospital. The delivery driver was questioned by the police. I hope he exercised his right to have an attorney present during that questioning. No arrests were made but detectives are investigating.

“Right now, we’re trying to contact people in the area to find out what they’ve seen, trying to prove or disprove what we’ve been told,” police said. VIA MISSOULIAN

Have you ever shot through windshield glass? Do you have any idea how the glass will alter a bullet’s trajectory? Most of us just don’t have that training option but there are videos out there that we all can learn from. What would you do if you were faced with a deadly threat while stuck in your car and had to respond immediately?