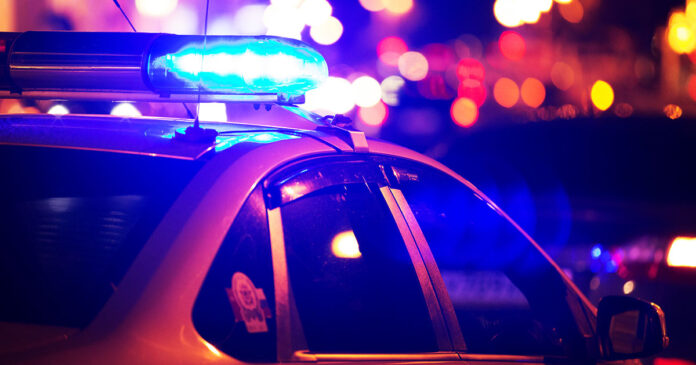 A 16-year-old teenager is being held on a $500K bond after police found he was in connection with a shootout involving a concealed carrier.

The shootout occurred around 10:30 P.M. in a Chicago neighborhood, the concealed carrier a 42-year-old man. The teenager was originally thought to be a victim in the shootout until authorities found he, along with five to six men, terrorized the 42-year-old man, according to prosecutors.

The teenager and his group in a vehicle initially said “What’s up?” to the victim who was with his uncle outside the residence of a witness. The group then attacked the man, the teenage suspect shooting the victim once in the thigh before he was shot in the shoulder by the concealed carry victim. The boy and group scattered away from the scene, the main suspect being found due to a vehicle description.

“Fortunately no one died as a result of these shots being fired back and forth,” said Judge David Navarro, who presided over the case. “But it’s just that that can’t be a definition of success, that we say, ‘no one died.’ This is still a demonstration of threats of safety to the community; this is the definition of violence right here.”

Judge Navarro has set the $500K bond for the aggravated battery with a gun charge, which is a Class X felony. The teenager has no violent crime past besides a past theft charge and will need to pay $50,000 to be released pending trial.

It is ironic, to say the least, these days that on top of law-abiding citizens looking out for evil, they must be ready for them in the form arguably of children. Why people so young are out looking for trouble is something most of us are left questioning. Still, this rings true especially for concealed carriers that we must be ready for any and every form of evil.

With regards to the victim, what could he have/have not done in relation to concealed carrying? We can question, too, what it is he is doing that late at night hanging outside, but as concealed carriers, we must realize the situations we put ourselves in and be ready to defend. It is best not just to have self-awareness but also to try your best to read a potential attacker’s body language. Spend as much time as you can training and even while putting yourself under stress so that you are best fit not just physically but mentally to handle harm.

We can question, too, what it is he is doing that late at night hanging outside, but as concealed carriers, we must realize the situations we put ourselves in and be ready to defend. The preceding thought should have NO bearing on the Concealed Carrier. The Perp was the Perp whom is the person in the WRONG!!!!

Curious as to when 10:30pm became so “late at night” that one would question why someone was outside….Also the initial report I saw on this didn’t portray the teenager as being the “victim” either…