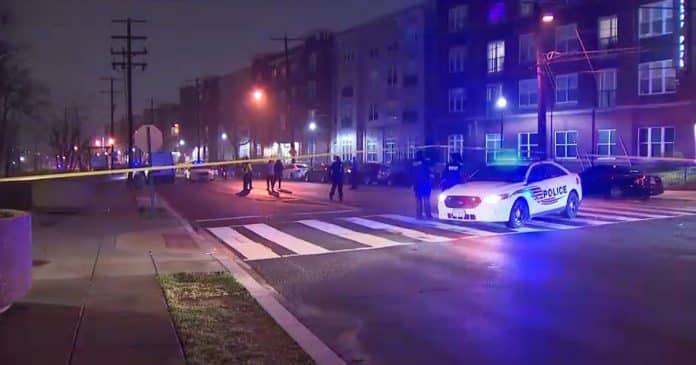 A 16-year-old boy tried to rob a man with a BB gun a little before 9:30 PM in Washington D.C. His intended victim was an off-duty Pentagon security officer. The officer did attempt to disarm the boy but ended up firing his service weapon. The boy was hit in the arm and was taken into custody and to a hospital with non-life-threatening injuries. He was charged with assault and intent to commit armed robbery.

Some of the BB guns out there are nearly indistinguishable from the real guns they are modeled after if all you get is a quick glimpse at one, especially a night. Clearly, this officer thought it was a real weapon or he wouldn’t have attempted to disarm the suspect before shooting him.

In a case like this, the law doesn’t distinguish between a BB gun and a real gun. What matters is did the officer reasonably believe the gun, and therefore the deadly force threat, was real. In other words, the law does not require someone to determine if the gun is real before using force to defend themselves. All that is required is that the perception of it as real in that moment was reasonable.

The law also doesn’t distinguish between the BB gun and a real one when it comes to charges while using one to commit a crime.

The kid wanted his victim to believe it was a real gun, and he succeeded. The officer’s response was appropriate to his perception of a deadly threat. The suspect even appeared to continue his ruse even after the officer drew his weapon and attempted to disarm him. The fact that he was shot in the arm was pure luck as all law enforcement and all serious self defenders train to shoot center of mass to stop the threat.