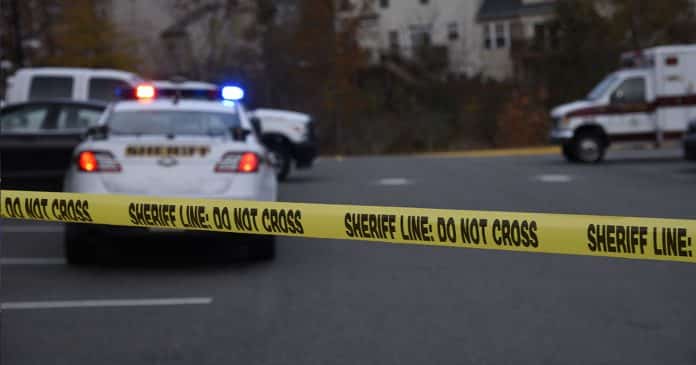 As a South Carolina man and his son were leaving for work they found a man at their door asking directions. As their attention was on the man at the door, a second armed man came around a corner and ordered them back into the home.

As the dad and one of the suspects struggled, he was shot in the leg but the son was able to access a shotgun and shoot the juvenile suspect in the head. That suspect eventually died in a Charlotte hospital.

The suspect who shot the dad then fled to a car with another male still inside. Both drove off but were eventually apprehended and charged with a number of felonies including attempted murder.

Oddly enough one of the adult suspects was out on bond for attempting to rob the same house back in Dec of 2020. Was there some history between these two?

Home invaders don’t always have to break in a door to gain access to a home. Often they just knock on the door and someone lets them in. Some excuse for being there like asking directions, needing to use a phone, or declaring some sort of emergency is usually all it takes to get someone to open the door. Once the door is opened, they can just push their way in, and all too often others are nearby waiting to follow the lead suspect inside.

In this case, maybe the invasion was timed to coincide with when the homeowner and his son would be leaving knowing that would give them an open door.

The defense for when a stranger knocks on the door is to not open the door. A doorbell camera can be used to see who’s out there and even speak with them. Since the dad and son were essentially ambushed as they were leaving the house it was too late for that.

The son being able to quickly access a shotgun that he knew how to use is what saved the day.

If you have a gun in your home for self-defense, how fast can you get to it and how far do you have to go to get it? Some trainers say that if you are more than a few seconds away from your gun you are essentially unarmed. Take few moments to think through what you would do or be able to do if a home invasion happened when you are in different parts of your home.