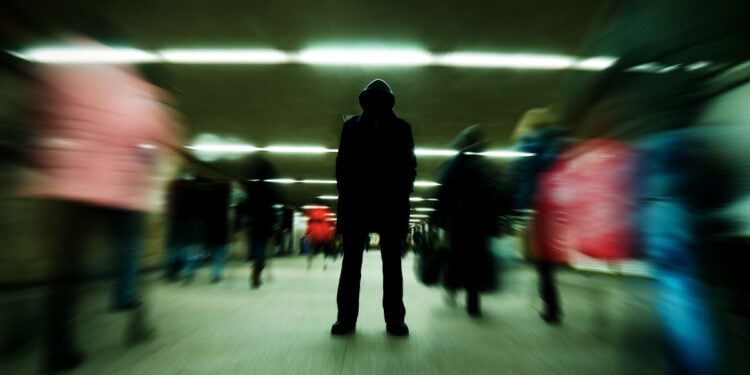 Without wading into the hotly contested politics of our nation’s withdrawal from Afghanistan, the security concerns for those of us who are armed citizens on our own streets are relevant. The reality is the same entity that controlled Afghanistan and harbored the terror network that attacked us in 9/11 now holds complete control of that country, again. The Taliban may not, in themselves, pose a direct threat to the world outside of their own country, as they seem content to terrorize and suppress their own citizens, but their control facilitates a safe haven for other terror groups. This change in international affairs has a significant bearing on the American citizen. You, as an individual, have little influence in shaping our hopeless foreign affairs. However, you have direct influence over your own household’s security, and to some extent, the security of your community.

The reality is that the United States has experienced less internationally inspired terrorism than has Europe, with the great exception of 9/11. The post-9/11 terror attacks that have transpired have, essentially, been within the active killer paradigm. Whether an active killer does his deed in the name of a bent religious ideology, or for revenge on the world for some perceived slight, or for some racial motivation, the outcome is the same. The jihadi terrorism we have witnessed has been almost exclusively homegrown since 9/11 and has accounted for only a small percentage of the overall active killer threat. However, with the Taliban takeover of Afghanistan, I submit that there may be a much higher likelihood of internationally orchestrated terror on our own soil in the coming years for which we should prepare.

I understand the attitude that argues, “if we alter our lives, they have already won.” The issue remains that the past few years have witnessed a growing threat from active killers, violent crowds, riots, and gang activity, and all of these dangers share a common theme: they happen in highly-populated locations. I am, for right or wrong, a proponent of avoiding crowded places. While I was once a fairly avid concertgoer, I no longer am. I am especially disinclined to attend events at venues or in locations that deny the right of citizens to defend themselves. As the FBI statistics clearly demonstrate, over 90 percent of active killer attacks happen in areas where firearms are prohibited. Killers want to stack bodies, not get shot in the face while trying to do so, thus the obvious.

I am of the strong opinion that the contemporary armed citizen who wishes to protect themselves and their loved ones should avoid gun-free zones at all times possible. The next big event will transpire in a gun-free zone, rest assured. If you need to spend time in such places, be well aware of the entries and exits around you and have an escape plan.

Situational awareness is essential for personal protection in any capacity, but consider the specifics as it applies to terrorism. Be more aware of things that have been less common with other active killer events, such as the dangers of explosives or vehicle attacks. While explosives have been used by active killers (the Columbine attackers planted bombs that failed to detonate), it has been comparatively rare. The homegrown mass killers and terrorists that have emerged in the past two decades have generally preferred to conduct mass shootings, but foreign-designed terror is likely to employ the devices that these networks use globally, and explosives are a primary tool. When in a crowd, consider where such devices would be likely planted, and in the event of an attack, bear in mind that it might be a strategy to herd the crowd towards a location rigged with explosives, such as the parking lot.

Vehicle attacks have also been a favorite among international terror groups, and there is no reason to doubt that possibility here (it has already happened). When in crowds that are accessible to the street, stay alert to the encroachment of vehicles. Position yourself and your loved ones in places that are not accessible to a vehicle, should a killer attempt to drive one into the crowd.

I promote carrying more gun than less this day and age, and with the advent of many new deep concealment products, most people can carry a bigger gun than they realize. The truth is, I urge this not only due to the threat of terror or active killer attacks but in the age of gang violence and dangerous mob activity, multiple adversaries are a real consideration. Carry a double-stack auto-loading pistol whenever possible. If you simply can’t due to dress or environment and all you can carry is a snub revolver or pocket pistol, that is much better than being unarmed. However, outside of such restricted times, carry a more capable handgun.

The pistol should be just part of your carry gear. Carry a spare magazine, a knife (a blade is an essential rescue tool even if it does not factor into your self-defense), a good light, and certainly carry medical gear. The citizen self-defender should seek out training in stop the bleed and TCCC, and you should carry the items needed for treating such trauma. The truth is, you are more likely to need such medical gear to treat roadside emergencies or job site accidents than to treat victims of violence, so the threat of terrorism should be only one of many motivations for carrying such lifesaving gear.

We live in a time of war. There are many factions, foreign and domestic, that seek to exterminate individual liberty and the people who support it. Consider these emerging dangers and act accordingly.