by Luke McCoy
in Articles
6 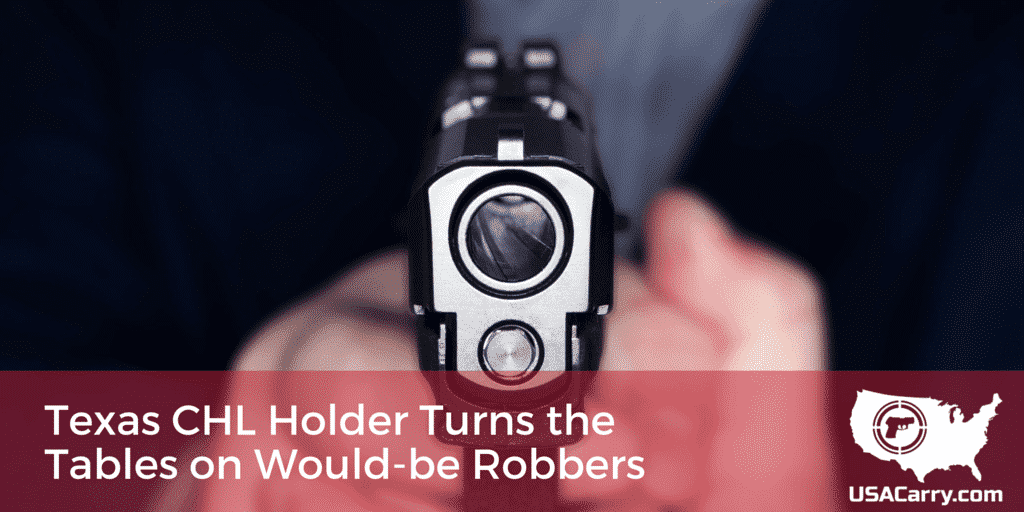 While the details of this self defense shooting vary, the end result is that a Texas CHL holder shot two robbers that were attempting to rob him. Some reports are saying this happened last night at 11:45 PM while others state it happened at 1:00 AM this morning. And it happened either at the Roundhill Townhomes off Cypress Station Drive in northwest Harris County or while the CHL holder was walking on the 600 block Cypress Station Drive.

The robbers were armed and one had a shotgun but didn’t realized they picked someone with their own weapon. They either attempted to rob him or had already robbed him when he pulled his own gun and fired at them both. One robber was killed on the scene and the other was wounded and was found later and brought to the hospital.

“The shots sounded like they were fired by somebody who knew what they were doing; very distinct and deliberate,” said Marcel Smith, who lives just feet away from where the shooting took place. He added, “From my balcony, I could hear the deputies and the robbery victim talking about it all.”

Just one more example of a concealed carry permit saving someone’s life. And just as a reminder, you should ALWAYS BE CARRYING!