Why You Should Always Be Carrying 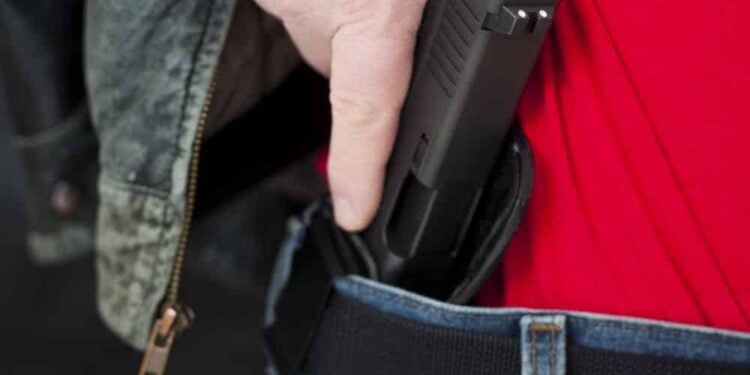 Why You Should Always Be Carrying

And let’s try a novel approach in doing so. Let’s eschew discussion of concealed vs. open carry. Let’s avoid arguing about what the best carry piece is, or which carry system is best. And please, for the love of all that’s good and right in this troubled world, let’s not revive the Caliber Wars. Those were dark times, and I’d rather not relive them. Let us instead address a more fundamental question.

Why should you carry every day? The vast majority of us will never need to use our carry weapon. We’ll never be the victim of a violent crime, the target of a sexual assault, present at a mass shooting, or subjected to a home invasion. If anything, our great nation is getting safer every year.  So why carry?

Because statistics mean nothing to the individual.

Cancer patients beat million to one odds and recover in full. People win the lottery, or get struck by lightning, or . . . you get the point. When statistical outliers get real, you’ll have to deal—and deal quickly—with a rapidly evolving, unthinkable situation.  Have the right tools available.

There’s also a legal aspect to daily carry that I think is under-discussed. The fact is that, while law enforcement exists, it serves the community as a whole and has no obligation to you as an individual. Every Supreme Court case on the question has affirmed that position; Google Warren vs. District of Columbia for a prominent example. I’ll quote the decision:

“[t]he duty to provide public services is owed to the public at large, and, absent a special relationship between the police and an individual, no specific legal duty exists.”

A special relationship is generally defined as a duty to protect, and generally only exists if you’re in police custody or have been specifically assigned police protection. And few of us are.

So the bottom line is this: while the cops are there and will certainly try to help, their approach to individual violent crime is generally reactive, and their legal responsibility to you is generally zero.  Legally and morally, the weight of your own defense rests on you.

Heavy stuff? Maybe—but it has to be said.

So practice situational awareness. Avoid places where trouble might start.  Leave a light on when you’re not home and invest in a good alarm system—or a dog.  Keep your car insurance up to date and have a fire extinguisher in your home.  In short—take the steps you need to keep yourself safe: carry, and carry daily.

And one final note before we close.  We live in troubled political times.  If you’re going to carry—particularly if you’re going to carry openly—you need to be on your best behavior. You’re an ambassador for all of us who support the 2nd Amendment. Be polite—even if they’re being a jerk. Keep your cool, and show the world that responsible citizens, well armed, are a tool for peace and freedom.

Read More: How To Have Good CCW Interactions With Law Enforcement

And, as always: stay safe out there.

A Rundown of “Duty To Inform” Laws in All 50 States