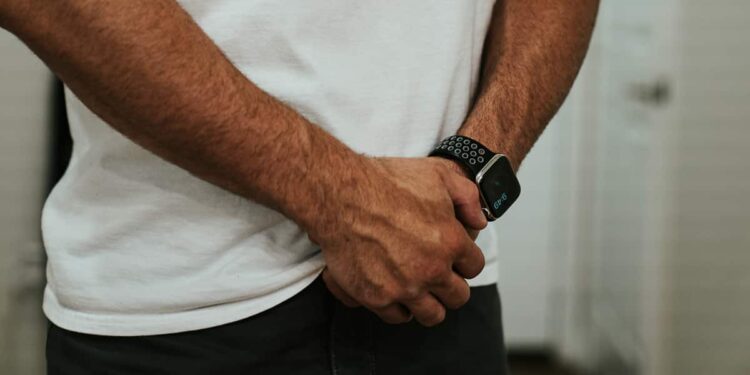 We see it everywhere, all over Instagram and YouTube, fast draws from concealment. However, the majority of the time that we see these demonstrations, they are performed from the typical “hands low at the sides” starting position when drawing from concealment, or perhaps in the typical USPSA competition “surrender” position. I certainly take no issue with starting from these positions when one is competing or practicing for competition. Still, for dedicated concealed carriers, such starting positions are hardly applicable to defensive gun use.

Consider how human beings interact when confronting one another in a heated exchange that is about to become violent or when a threatening individual encroaches into personal space despite verbal commands to stop. Does the defending party stand with hands low at the sides or with hands in a surrender position? Of course not. When facing an encroaching danger, the natural inclination for the human being is to raise the hands to head level, hands open, and fingers splayed. This is what we refer to as a “non-confrontational stance” because it looks deescalating, but it also proves an ideal way to manage an incoming threat.

Now, let us consider how people stand in a natural posture, perhaps when observing a situation that may become dangerous but not yet facing an encroaching threat; under such conditions, does anyone stand with the hands at the sides or with them raised in a surrender position? No. So, here again, the speed-oriented completion start positions are not relevant to this tactical application. Think about what a natural and non-threatening stance looks like, and you will see how these typical start positions to the draw process do not work.

Reactive Draw to a Sudden Threat

First, it should be rather obvious that in the event of drawing a gun from concealment to respond to an immediate threat that materializes suddenly, there will be no starting position to speak of; whatever you are currently doing will dictate your starting position. Perhaps you are walking through a parking lot with your arms full of grocery bags, or carrying a child, or holding someone’s hand, or sitting in your vehicle with both hands on the steering wheel. The circumstance will dictate where our hands are at the moment of action.

Most of us do not practice drawing a gun under such conditions. A good routine to incorporate into training is all of these variables, even if you do so in dry fire only. Practice drawing your gun with one hand while carrying a teddy bear in the other to simulate carrying a child. Practice dropping an object already in your hands, like a book or your phone, to simulate the real scenario of needing to drop what is occupying your hands to draw the gun. Incorporating such realistic considerations into our training better prepares us for realistic violence.

Draw to an Encroaching Threat

A lot of street-level violence starts when a criminal actor encroaches on an intended victim, either doing so aggressively or through a rouse, to close the distance. During such encounters, the defender’s natural reaction is to have the hands raised, fingers forward, and splayed. This non-confrontational stance is different from the typical surrender starting position seen in competition shooting. Not only will it be the posture that you take naturally when dealing with the encroachment of a threat, but it also appears de-escalatory and natural; it does not in any way indicate that you are poised to draw a weapon.

Since the non-confrontational stance is the most natural and likely, posture to be in when dealing with an encroaching threat, spending a significant amount of time drawing from this starting point is sound. In fact, I would suggest a high percentage of your draw strokes should be done from this position. If we are confronted with a threatening and encroaching situation or a situation where we try to de-escalate before things turn violent, this is the position we will assume. Developing a fast draw stroke from the non-confrontational stance is a very important skill to hone.

The concept of assuming a starting position that gets you closer to the gun is nothing new. When we deal with a concealed gun a great way to make the draw faster and less fumble-prone is to start from a position that puts the hand on the cover garment to short-cut the first step of the draw, which is clearing the cover garment.

One technique I see employed quite often to accomplish this short-cut is the support hand already holding the hem of the shirt. I am opposed to this technique because it is not realistic; it looks unnatural and is an obvious tell that a person is preparing to produce a weapon.

The preparatory technique that I like best is to have both of my hands folded in front of me, keeping the dominant hand on top of the support hand and the support hand grasping the tail of the shirt. This posture looks entirely natural as people stand this way all the time. This posture would not be appropriate if dealing with a close-range threat that is aggressively encroaching. We would want our hands up to defend ourselves, but if in a situation where you are watching things transpire before an overt threat materializes, this is a great start position. This position is ideal for accessing an appendix carried gun but also sets you up for quick movement to a gun on the strong side hip that you might have under an open front shirt or jacket. Either way, experiment with this start position for yourself.