Training Versus Practice: Why You Need Both 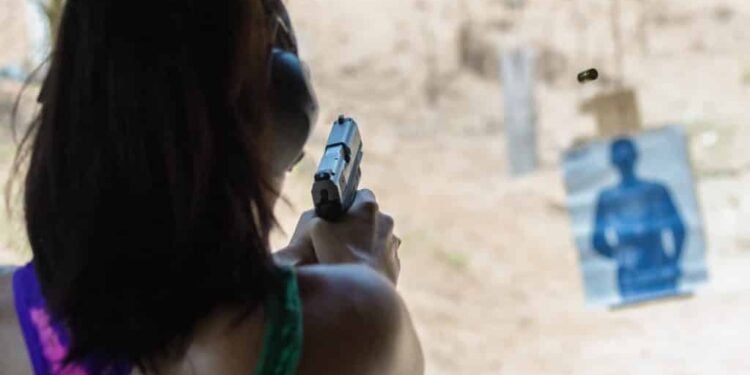 If you analyze the human pursuit of excellence in any endeavor, you will find a common trend that should be obvious: Those who are really good at any particular craft or skill spend a lot of time practicing the said craft. Another consistent theme that you will find is most top practitioners remain, above all, students of their craft. I remember reading that the late, great, Randy Rhodes, the original guitarist for Ozzy Osbourne, would seek out and take guitar lessons from the guitar instructors in the various cities he would visit while on tour. At his amazing skill level, many people were perplexed as to why he did this. Of course, for the rare musician at such a level, the pursuit of training with other good players is a given. You can also find such dedication among the top trainers in the firearms community. It is not unusual to find that the top firearms instructors have hundreds, sometimes thousands, of hours of formal training. Likewise, top competition shooters endlessly pursue coaching with others.

Attending training, be it one-on-one coaching or formal classes, is an essential part of acquiring a skill. What is also vitally important, however, is practicing the craft to develop personal skill. Just as a great musician will train under many instructors and then spend thousands of hours with the instrument in their hand practicing, so should the student of defensive shooting approach the craft. Granted, developing the level of skill required to use a firearm defensively adequately does not take the same commitment in hours, although shooting at a top level certainly takes such a commitment. Regardless of the level you aspire to, gaining skill requires the combination of training and practice.

I find a rather interesting division among most shooters who are to any extend enthusiasts: Some shoot quite often but never invest in good training; thus they merely waste time and ammo not improving due to poor technique. Others, ironically, become training junkies. They find attending firearms classes fun; it becomes entertainment (the combination of training and entertainment) for these folks. However, many training junkies rarely practice. I attended a particular shooting class this past summer and overheard on attendee telling a fellow student that this class was his first time shooting in six months. Think about that. While I applaud this individual for taking training, it does little good if there is no practice being done to maintain and improve the skills learned.

Why We Need Formal Firearms Training

The reality is that to develop skill in any craft we need to be adequately instructed in the correct execution of the craft. If we don’t obtain good instruction, then we spend many hours and a lot of resources practicing wrong technique. When we receive training from a competent instructor, we are not getting techniques that just this one individual has come up with. Shooting, as a craft, has changed significantly over the decades but there are quite a few solidly entrenched fundamentals at this point that any good instructor should be teaching. Receiving solid instruction in these fundamentals sets you up for successful skills development.

Many people who have a concealed carry permit think that they received training in their state required permit course. No, you did not get any sort of training from this class. Granted, some states require a course that does a good job of addressing the legalities of carrying and even the legalities regarding the use of force. That is all great information, but none of these permit requirement courses offer any real firearms training even if you must pass a qualification course of fire. I strongly encourage those new to concealed carry to seek out at least one good class on defensive handgun shooting. A full day class, or perhaps two full days that covers the mechanics of shooting a handgun should be your next step beyond your permit class.

I also recommend taking at least one further class than this, and that should be a defensive tactics class of some sort. These tactics classes usually go beyond just the mechanics of shooting and cover the tactics that come into play when facing and addressing criminal threats. An individual who commits to a formal shooting class and then a formal defensive tactics class is way ahead of the crowd concerning their foundation of learning and skills development.

Why We Need Routine Practice with Our Firearm

I can see it coming now: comments to the fact that everyday people with absolutely no training or practice successfully defend themselves. Yes, that is true. The armed citizen defender most often has the greatest of allies when defending themselves from criminals: the element of surprise. Relying on only that, however, is merely wishing for the best. Developing a skill set to a level of at least acceptable proficiency goes a long way towards benefitting the citizen defender in situations that are not as easily solved. Acquiring a solid foundation in training is essential, but continuing with routine practice is every bit as crucial.

Shooting is actually a very perishable skill, it is not like riding a bicycle. While the mechanics of shooting are actually quite simple, they are not easy. A consistent practice routine is necessary to maintain an adequate skill set. Those of us that are serious hobbyists with shooting like to encourage folks to dry fire several days a week and go to the range for live fire every week. Well, I realize that is not realistic for the average person who is not a dedicated shooting enthusiast but rather interested in being capable of defending themselves. I think one should commit, however, to a few minutes of dry fire a couple of times a week and a trip to the range for live fire with your defensive handgun every month. This is hardly a serious level of training compared to those who are devoted to enhancing their skill level, but it is enough as to put your skill level well ahead of the average gun owner who rarely, if ever, practices at all.

The combination of initial quality training and consistent, even if modest, practice will put you well ahead of the pack concerning being prepared to use a firearm for defensive purposes. Both are important and should be considered. The ability to use a handgun effectively under the stress of a deadly encounter requires some work but it may prove well worth it should you ever need it. Give your own training and practice routine some thought.