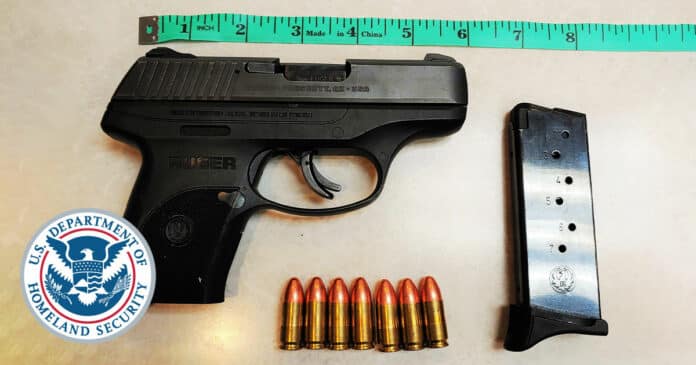 Are you planning on traveling over Memorial Day Weekend? Will that travel include hopping on a plane? Well, make sure you don’t end up like these travelers that get caught going through TSA checkpoints.

A traveler departing @slcairport Thursday missed the memo on how to travel legally with a firearm. He brought this loaded gun to the @TSA security checkpoint this morning. Charges are pending review by the District Attorney; TSA will levy a civil penalty. https://t.co/gRhMonMOIU pic.twitter.com/tUJ8muNmen

A woman was arrested by police after @TSA officers at @LGAairport prevented her from carrying this loaded gun onto her flight on Thursday. Not only was she arrested, but she also faces a stiff federal financial civil penalty for bringing a gun to a checkpoint. pic.twitter.com/XEQAWYnwlr

A man was arrested by airport police at @FlyABE_ yesterday after @TSA officers prevented him from carrying this loaded handgun onto his flight. Don't be this guy. Don't bring your gun to a TSA security checkpoint. pic.twitter.com/FnM9oO9dwO

It is pretty simple. Start packing with an empty bag. I fly very often, at least once a month, and that is exactly what I do. Whatever bag I am using as a carry-on or checked bag, I make sure it is completely empty and check all the small nooks and crannies to ensure no rouge rounds are hiding anywhere. Or to make sure there’s not a pocket knife stuck somewhere that I forgot. That gives me the peace of mind that I know exactly what is in my bag.

And if you do have to fly with firearms, there’s no reason to stress about it. It (usually) is a fairly painless process which I go over in the video below. I pay particular attention to the amount (weight) of ammo I bring with me as of late. Recently, I had a Southwest agent check the weight of my ammo for the first time ever, and I was just over the allotted 11 LBS. So I had to give up a few boxes of 300 BLK, which I was not happy about.

So, if you are flying somewhere for Memorial Day Weekend, make sure you can enjoy it by going through your bags, double and triple-checking to make sure you don’t have any prohibited items. Don’t let your carry gun end up on TSA’s Twitter account!