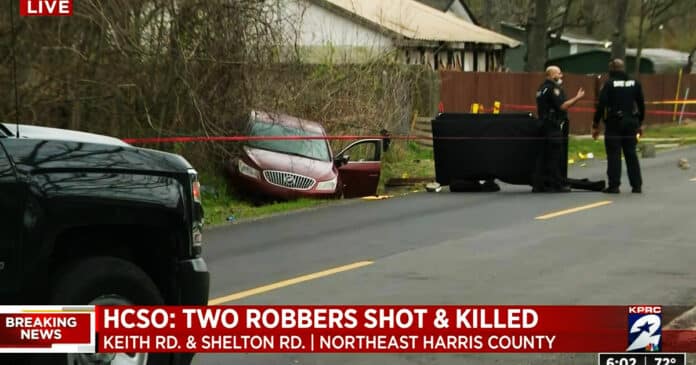 Two men in Houston attempted to rob a man in north Harris County while he was eating lunch in his car. It didn’t turn out great for the robbers.

The man who shot the would-be robbers, a 19-year-old, fled the scene in the robbers’ car but returned to the scene cooperating with investigators. The Harris County District Attorney’s Office will decide whether or not there are necessary charges for the victim.

It is fortunate this man was prepared to defend his life, but it must be remembered cars can be stationary objects when involving self-defense. If one decides to, in this instance, eat lunch in their car, they are liable to be immobilized to defend themselves if not at least armed. When in a similar situation, this shows you have to be aware of your surroundings.

Regarding the possible charges to the 19-year-old, it would not be surprising if he was charged with any. It is not stated what type of gun was used, but in Texas, you have to be 18 to buy a rifle and 21 to own a handgun. If you want to own and possess a handgun when at least 18 in Texas, you have to obtain the handgun through a private sale, but it is generally prohibited to carry that weapon without a proper license. Unless he pulled out a rifle to defend himself, he is still liable to be charged due to his age.