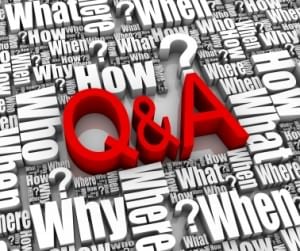 Welcome to our new column – USA Carry Mailbag. This will be a recurring column where we post questions and answers that members have sent in to us. This idea started when Jason Hanson added some questions and answers he had received at the end of an article he wrote for USA Carry. We also get many emails from members asking firearm related questions, permit related questions, etc. We decided to take these Q&A’s that we get and put them into a column. We hope everyone else can benefit from some of the answers we usually provide via email. At the end of each of these articles will be a form you can submit to send in your questions. We’ll answer them to the best of our knowledge and may include it in the next USA Carry Mailbag.

So to get this started off, here are some questions and answers that were sent in to Jason.

From Rick W: With even the smallest propensity for an intruder to be wearing Kevlar, shouldn’t we just strictly practice shooting for the head?

I wouldn’t recommend it. A headshot under normal circumstances is tough enough, but during a stressful situation is obviously a lot harder. You want to make things as easy as possible on yourself so aim for the biggest target (which is often the chest). If you fire several rounds at the chest and nothing happens, then go for the head, but I wouldn’t aim for the head first.

Everyone’s method of breaking in a gun is different, but it’s important to remember to break in your gun with both practice ammunition and self-defense ammunition.

From Alida L: Jason, I know someone who has ammo that is over 5 years old. Should they be worried about its condition? Does ammo have a shelf life? What about the conditions under which it is stored… like temperature and humidity?

As long as the ammo is stored in a cool, dry place, you can essentially shoot it forever. However, if I had ammo that was over 5 years old I would only use it for training. I prefer to buy new self-defense ammo yearly and would not want to bet my life on 5 year old or 10 year old ammo.

From Gerald M in response to “Reactions from the George Zimmerman Verdict“: As much as I respect your opinion, I have to disagree with your assessment of the Trayvon Martin situation. I’m all for self defense and would normally agree with you, but I believe that defense goes out the window when Zimmerman actively pursued Martin, even when he was told not to by actual police. That is NOT self defense. The situation you describe with Alec Baldwin is different because of the fact that he was not pursuing you.

If anything I’d say the self defense was the other way around. Think about it from Martin’s point of view. If someone was following you, would you not suspect they had the intent of hurting you? Add the fact that Zimmerman was actually armed and it seems to me that Martin was defending himself.

This verdict tells me that if I am pursued by an armed man and do somehow miraculously get the upper hand and defend myself, he’s likely to be exonerated. The complete focus on empathizing with Zimmerman and neglecting Martin’s point of view is ridiculous. I would really love to hear your opinion on the case from Martin’s point of view because this sounds EXACTLY like the situations you describe so often.

What Zimmerman did was not illegal, just stupid. If you see someone milling around your car parked on the street you can walk outside and ask them what they are doing, you can even follow them. And just because someone is following you, it doesn’t give you the right to attack them and try and kill them. If someone is following you, either run away or verbally confront them if you have to.

From Priya H in response to “Reactions from the George Zimmerman Verdict“: Really Jason, I never expected you to play God and tell us that you know exactly how events transpired that night in Florida.

I don’t think I’m God, I just did what most people failed to do and that is study the facts and the evidence objectively. Facts and evidence don’t care what a person’s race, religion, age, or gender is. The facts are the facts. In this case the facts clearly show that the verdict the jury reached was the correct one.

From Joe M in response to “Reactions from the George Zimmerman Verdict“: I agree with you. When the trial ended, I really hadn’t kept up with the case, but after all the post-trial criticism of the verdict, I wanted to know what the big deal was. I read up on it and found that the this young boy,Trayvon Martin, had jumped this other guy (Zimmerman) and tried to kill him. Zimmerman responded by pulling his gun and shooting the mugger. Zimmerman actually said that Trayvon Martin went for the gun and said he was going to kill Zimmerman. Obviously, this boy was a troubled young man who already had issues, being expelled from school and other things. When I started looking at the evidence, I had no preconceived notion of what I would find, but the truth is that Zimmerman was about to be killed by this young man when he took the appropriate action and shot him in self defense. Seems like an open and shut case, except for all the people out there that have other agendas like gun control and racism.

You are right, if it weren’t for political agendas it would have been an open and shut case. In fact, without those things strongly coming into play there probably wouldn’t have been a case at all.

Fill out the form below if you have a question you would like answered and possibly featured in the USA Carry Mailbag.

The Best Handgun Caliber for Your Concealed Carry Weapon?