by Salvatore
in Articles, CCW For Women, Concealed Carry, Self-Defense
1 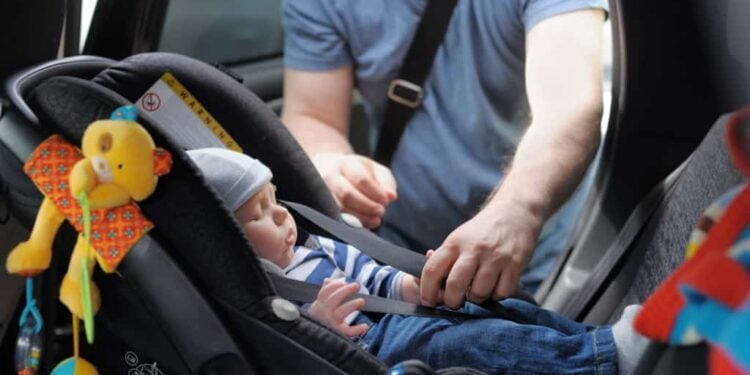 Within the self-defense community when we think of “vehicle tactics” we probably think of a shooting course offered by some ex-special forces dude in which we shoot through windshields with AR15s and lay with our feet pressed against hubcaps to shoot under cars with all possible tactical pizazz. Very entertaining stuff. The only problem is this: it is not very relevant to the average soccer mom that carries a concealed handgun for personal protection. Some of it may be a bit relevant, it is good to know what bullets tend to do when transferring glass and other parts of the vehicle. It is certainly good to know how to maximize using the vehicle as cover as well, as cars actually provide fairly poor cover in most areas of the structure. However, most of this information has little to do with actual criminal activity involving vehicles.

Most specialty vehicle tactics are designed for counter-ambush which is important for law enforcement and military personnel but not necessarily geared towards the threat that civilians actually face from criminal attack around vehicles. The biggest risk as it pertains to civilians is actually criminal attack upon approaching or leaving a vehicle. Carjacking would be the other realistic concern. These threats gets far less attention than does counter-ambush tactics with carbines and team movement and all that other cool guy stuff. The reality for the average mother or father is that they are most likely to need to fight around vehicles when accosted by criminals who take advantage of the distractions that domestic life poses. There are criminals who will specifically look for a parent who is distracted with children as an easy score.

Getting Out of the Vehicle

First let’s talk about how to safely get out of your vehicle to go into a public facility or even your own home (sadly the home is not a sanctuary immune to criminal attack). Here is the most essential principle: be alert to what is around you in the parking lot before even parking the car. Is there a bad looking character standing in the corner of the lot or out in the dark perimeter of the parking lot lights? Keep driving. Go to a different gas station. Be conscious of who is there and what they are doing. When choosing a parking space don’t park right next to a suspicious looking vehicle like a van with blacked out windows. Some criminals will use vehicles as a stage for an ambush.

Once getting out of the car, stay alert of what is around you as you unbuckle and gather your kids. Don’t just burry your head in the back seat as you mess around with the diaper bag. Needing to focus on the seatbelt of the car seat may be inevitable, so the best policy is to fully scan your environment around you before doing so. Stay alert. Finally, don’t dither. Move quickly when exiting your vehicle and get out of the parking lot safely. Parking lots are dangerous and certainly not just because of possible criminal activity. Being in a parking lot with careless drivers, especially with children in tow, is not good. Minimize your time.

Getting in the Vehicle

When approaching your vehicle, once again, the absolute most important element of your safety is your awareness. Who is there and what are they doing? Is a suspicious looking vehicle now parked next to yours that was not there when you parked? This is especially of concern if the lot is relatively empty except for your own vehicle and this one. Learn to trust your instincts. If something does not feel right you may be absolutely correct in your instinct. Go back into the store and demand a security escort. Don’t want to “feel stupid?” You will feel more stupid if you are ambushed by criminals while loading your children into the car.

Even if the parking lot appears otherwise safe, when getting your children loaded into the car, once again, don’t dither. One thing I suggest is to prioritize getting your kids in the car before loading other stuff like groceries. For example, I have two small boys, and when getting them into the vehicle I ensure that I scan the environment so that nobody can walk up to me by complete surprised while I am bent over buckling in children. I also get them both in the vehicle immediately. The older boy can climb in before I need to buckle the younger. This way, they are both contained in the vehicle. If something were to happen I can shut the door and both children are contained rather than one or both running around in the parking lot. This is safer due to traffic in the lot as well, obviously. If taken by surprise with both children in the car I can just close the door and deal with the danger.

Some people will argue that, if loading groceries or other packages into the vehicle put your children in last so that if you are carjacked the vehicle can be taken without your children being in it. This has some merit, but it depends on your approach to defense. First of all, I like having the kids in immediately because the cars driving around are the more statistically likely danger than carjacking anyway. This way they are off the street and safe from cars and they are also contained if things go bad. If surprised by a car jacker who demands your keys at gun point, you obviously can’t let him take the car with your kids in it.

If unarmed I would not give him the keys, I would throw the keys far away or make my move to attack him while feigning handing him the keys. If armed, throw the keys and move off line as you draw to engage. If he is at contact distance another possibility is to give him the keys, then kill him as soon as he turns towards the vehicle or sits in the driver seat and begins closing the door. This tactic will work if he indeed does not immediately kill you upon getting the keys, which can’t be counted on. With the children in the car it would be my last choice to hand the keys over. If there are no children in the car let him take it, but if your kids are in the car you need to stop him. Stop him by any means necessary, he can’t leave with your kids in the vehicle.

So, there are some tips for maintaining your family’s safety around vehicles. Give it some thought and maintain your awareness, which is first priority.

Summer Concealed Carry: Hiding A Heater When It's Hot