by Luke McCoy
in Articles
25 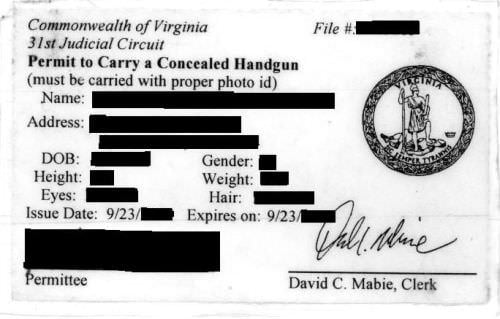 In December, we reported that the Virginia AG was going to end concealed carry reciprocity with numerous states. This caused an uproar among the concealed carry and firearm community. The NRA quickly announced they would be fighting the proposed changes as well as other pro-firearm organizations.

Well according to The Washington Post, the proposed changes will not be taking effect. In what is being called a “bipartisan deal”, they have reach a deal to keep the current reciprocity in place and in exchange, take away guns from anyone who is under a two-year protective order for domestic-violence offenses and require State Police to run background checks for private sellers on request at all gun shows.

“This is a bipartisan deal that will make Virginians safer,” McAuliffe spokesman Brian Coy said. “It also demonstrates that Democrats and Republicans can work together on key issues like keeping guns out of dangerous hands.”

While we don’t agree with holding the reciprocity agreements hostage to get agreements made, concealed carry holders should be happy that these drastic reciprocity changes will not be taking place. Many people wrote in asking why we didn’t make these changes to our concealed carry reciprocity maps yet. Being that the proposed changes wouldn’t take effect until February 1st, we didn’t actually update the maps. So with this news, there still won’t be anything to update.

Preemption Laws and the Use of Firearms and Ammo