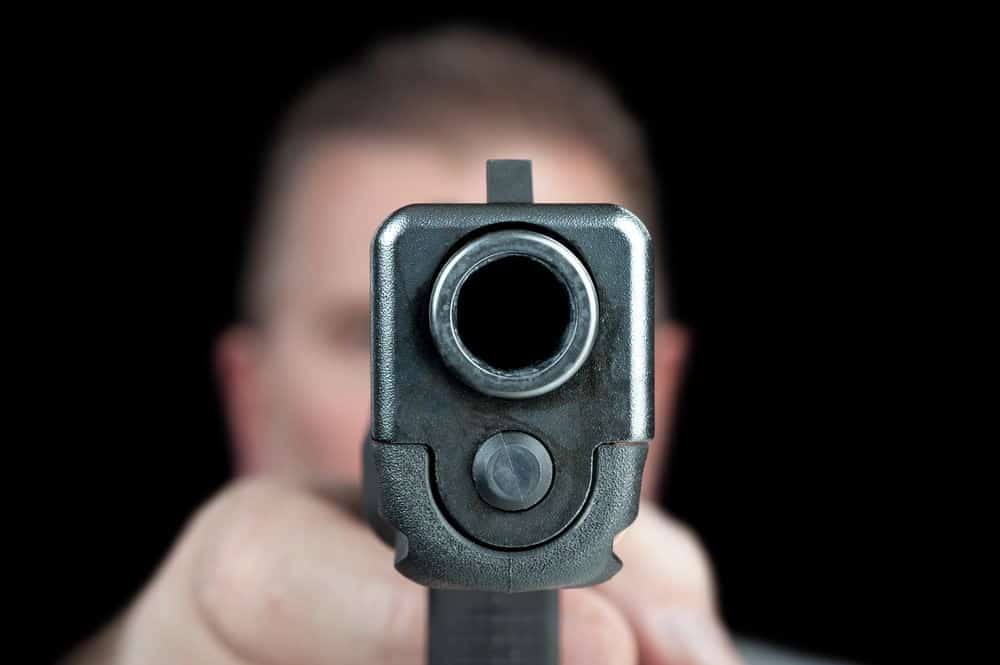 There are going to be tense days.  You’ll eventually run into someone who isn’t paying attention or just very extremely violent and rude.  It doesn’t matter.  Your concealed carry pistol stays concealed and in its holster until you are one hundred percent certain you intend to use it for your own self-defense.

Letting someone know you are armed – whether it’s resting a hand on your pistol grip or sweeping back your shirt to let the other person know you’re armed – can and will be construed as a threat.  And once it’s safely in that arena, you can be prosecuted in both civil and criminal court.

A few years ago, noted firearms expert Ben Findley wrote a very comprehensive article on the definitions of brandishing as they apply to some of the states.  In that article, he gives a rough overview of the various definitions that exist out there as a means of educating concealed carriers to the facts about brandishing.

Brandishing can be called a lot of different things.

But it all reduces down to one key concept: threatening.  And while in your mind, at the time, you may think along the lines of “that’s not a threat – that’s a promise”, the prosecuting attorney will tend to agree with you.

If you’re charged with brandishing of a firearm or weapon, most states will use that as reason to revoke your concealed carry permit.

Let’s be absolutely clear about one thing: your firearm doesn’t give you the authority to take the law into your own hands.  It affords you the right and privilege of defending your life from lethal attack.  Anything short of that will be construed as threatening someone who has not demonstrated intent to do you harm.

You’ve gotten in a verbal altercation with a stranger.  Things have got hot and he’s looking like he may assault you.  This is a precariously dangerous place to be in as a concealed carrier.

It doesn’t matter how foolish you look or what people say about you – you have a moral obligation to de-escalate because you’re armed with a firearm and you don’t know if the other guy is.

More importantly, if he doesn’t back down – in many states you are perfectly allowed to defend yourself accordingly.  That is, however, after all other options have been exhausted.  Failing to do this will leave you open to both criminal and civil prosecution.

While you may never see the inside of a jail cell, your concealed carry pistol will be forfeited for at least the duration of the investigation and the court proceedings.  If found guilty, you will effectively lose all rights to bear arms, serve significant jail time, and be ordered to pay costs associated with the case, the victim’s family, etc.  You will also end up spending tens of thousands of dollars on defense attorneys – if you don’t expect to simply lay down under that legal bus heading your way.

B.)  Brandishing your firearm is not an immediate “win” to any altercation.

If anything, you’ve just informed the other person that you’re reckless enough to show your firearm.  Worst of all, if he is armed – you just presented yourself as a threat.  And this doesn’t extend to just him – anyone in the field of view can independently determine that your careless display constitutes a logical, lethal threat to their well-being.  And they’d be right.  If you can’t be counted on to know the law and act lawfully with your firearm then it’s reasonable to say you’re woefully ignorant of the rest of that process — all of which could draw those surrounding you and your “foe” into that conflict.

Before considering “defensive display” or anything of the sort, put yourself both in the shoes of the person you’re dealing with and those in the near vicinity.  How would you feel if you saw two people arguing and one of them draws or brandishes a firearm?  You’d likely be scared – rightfully so.  You would feel your life is danger.  You would try to move your family and close friends away from the potential hot spot.  You immediately don’t trust the reasoning and rationale of the person doing the brandishing.

Each person you see is a witness in this event.  Your actions will be judged by the full extent of the law.  Whatever you do – do it with clear intent and communication.  Don’t brandish your concealed carry pistol.