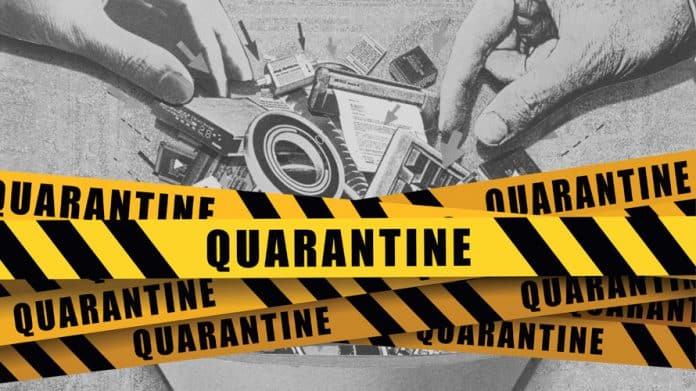 A number of states and select jurisdictions have announced that concealed carry permits are effectively on hold during this period of social distancing and quasi-quarantining/curfews that is ongoing nationwide.

So, what to do if you’re in that group of people awaiting either their new permit to be processed or renewed?

We aren’t going to suggest breaking the law. If there’s one thing the concealed carry community has as part of its identity, it’s being more law-abiding than the average citizen. Please observe and follow all applicable state, federal and local laws.

However, just because you won’t get your permit anytime soon doesn’t mean you’re wholly without options. Here are two alternatives you should look into.

Most states allow for limited permitless carry. The law typically is the same in every state, though it is at times worded a little differently. However, the theme is always the same and it goes a little something like this:

A person may have a loaded firearm on their person while in their home, residence, or fixed place of business.

This is the law for virtually every state in the nation, though the issue is, of course, moot in constitutional carry states. To my knowledge, the only state that lacks a law of this type is New York.

That’s right. Under the limited circumstances described above, you can conceal or open carry without needing a permit in and around your home and at your place of employment. Including, believe it or not, California AND Hawaii.

But that said, you can be armed in your home and in the office without needing a permit. Perfect? No. But it’s something.

Some States Have Permitless Open Carry

A select number of states also allow for open carry without a permit. Currently, there are 26 states that don’t require a permit to open carry a handgun, though of course, you must abide by state, federal and local laws as to where you cannot carry a firearm of any kind.

Those states are the following:

Note, of course, that several of these states are also constitutional carry states, but more than half of them aren’t. Bear in mind as well that some of the above-mentioned states (such as Delaware and others) may have local ordinances prohibiting open carry, so be sure to check your local and state laws before proceeding.

Perfect? No…but it’s something. And that’s always better than nothing.