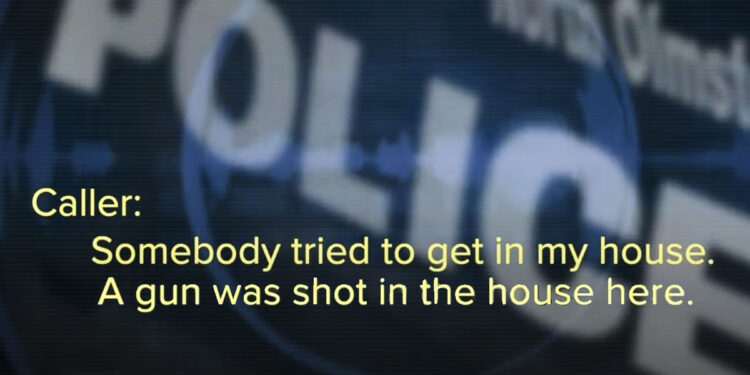 It’s 11 o’clock on an otherwise quiet Sunday night in a “nice” neighborhood in Ohio when you hear a knock on the door. You open the door to see who’s there, and a 21-year-old woman forces her way into your home. The next thing you know, your 72-year-old husband is in a fight with this woman.

The 69-year-old woman watching this unfold retrieves a gun that this couple keeps in their home and fires one shot at the attacking woman hitting her in the stomach and ending the attack.

The wife also calls 911 and is clearly shaken, nearly hysterical even, but the 911 operator is able to determine what happened and sends both police and an ambulance. Unfortunately, the female attacker later dies at the hospital.

No charges are expected, but police are trying to figure out why the suspect chose this home in this neighborhood.

There is an assumption among some that crime doesn’t really happen in upscale neighborhoods. Major dangerous crime only happens in inner-city “bad” areas of town. It may happen more often in distressed neighborhoods, but that doesn’t mean that it never occurs in the nicer parts of town, too, as this elderly couple found out all too abruptly.

This suspect used a common tactic to gain entry into the home – she knocked on the door. The older generations are more susceptible to this sort of thing because they may have grown up in a time and place where people didn’t always lock their doors and, as kids perhaps, always ran to the door to see who was there.

Don’t do that today. Install a peephole in your door or a doorbell camera so you can see who’s outside your door before you even think of opening it. This is especially important late at night or very early in the morning when you wouldn’t normally expect anyone to be at your door.

Fortunately, this couple had a gun in the home, and the wife knew where it was and enough about how to use it to stop this suspect from hurting her husband.