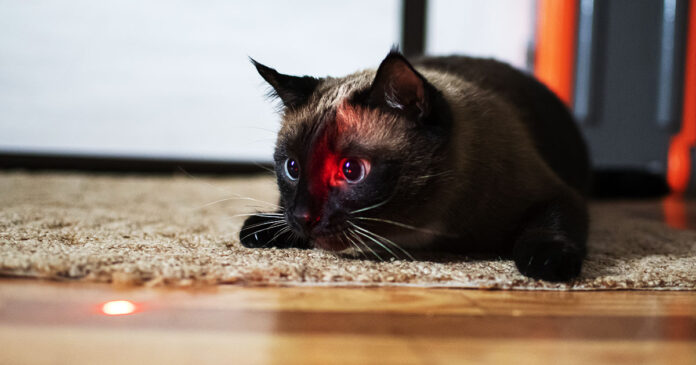 At one time or another, you watched someone use a laser to play with their pet and drive it nuts. Last week a woman decided she would entertain herself and her cat with a laser, but there was only one problem. The laser was on a handgun!

In Wisconsin, 19-year-old Jashanti Pleasant had been drinking alcohol and, according to law enforcement, picked up a gun that she thought was unloaded.

Pleasant then proceeded to turn the laser on and pointed it at the floor “to get the cat to chase it.”  As she was playing with the gun, it went off and shot her friend James Daniels in the thigh. Fortunately for Daniels, he was only injured and not killed.

Pleasant said the gun “accidentally went off,” but under Wisconsin law, she was charged with “negligent operation of a dangerous weapon.”

Many people refer to this type of situation as an “accidental discharge,” but it is a “negligent discharge.”

An “accidental discharge” is when the firearm goes off unintentionally due to something like a mechanical failure or malfunction.

A “negligent discharge” is when someone does not follow the 4 rules of firearm safety. Pleasant was also drinking, which is a recipe for disaster because guns and alcohol do not mix

I will never forget that I was handed a shotgun that I was told was unloaded years ago, but fortunately, I followed the safety rules. The first thing I did was check it. When I broke open the shotgun, I found a 20-gauge shell, and luckily I caught it before anyone got hurt. Something I have always taught is people should assume everything someone did before them was wrong, and to this day, it has never let me down.

Like I said earlier, this could have turned out much worse, but then again, she did shoot her friend, and I do not think I would have taken it as well. It might be time for Daniels to reconsider their friendship.