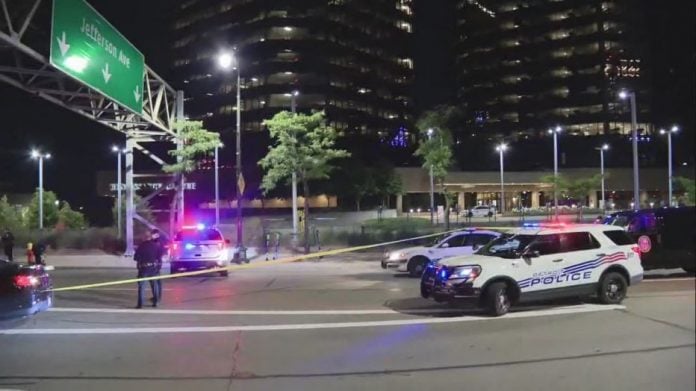 A downtown Detroit road rage incident between an SUV driver and a couple bicycling started when the SUV driver became upset with the cyclists and shouted at the couple. The male cyclist shouted back and this prompted the SUV driver to get out of his vehicle and confront the couple with a knife.

The cyclist’s girlfriend, a Concealed Pistol License holder, then drew her gun and shot the man with the knife once, unfortunately killing him. She was arrested by Detroit police.

Road rage is insanely stupid, to begin with, but then escalating the situation by getting out of your vehicle and brandishing a deadly weapon is just asking for something bad to happen. And in this case, it did and quickly.

As to the girlfriend’s justification for her use of deadly force, we’ll go on just what we know here. I say that because we don’t know what was said or if there might have been any sort of relationship between those involved.

A man with a knife is clearly a deadly force threat so a deadly force response is legally justified even if the attack is not directed at you but someone you are with. As we all know, a healthy adult within about 20 feet or so can be stabbing you easily within about a second and a half so one doesn’t need to wait until they start their move to begin your defense as long as the attacker’s intent can be reasonably discerned.

The man with the knife certainly has the ability and opportunity to inflict harm so what’s left is did he demonstrate intent through words or actions or both? Michigan is a “Stand your ground” state so this couple had no legal duty to retreat though it can always be argued that a reasonable person would have anyway. Whether that was safely possible in this case is unknown for now. Police say they believe that nearby security cameras may have recorded the incident.

Police sources say they believe this was likely a case of justifiable homicide but the county prosecutor’s office will have the final say on charges. The woman’s arrest would be a routine procedure but hopefully, she didn’t attempt to give a full statement to police without the benefit of legal counsel.

Would it have been possible to avoid this by simply not responding to the driver in the first place or even by offering an apology? Of course, the driver did not need to stop and get out of his SUV.

Lesson? Don’t engage people in any kind of confrontation that isn’t absolutely necessary. Walking away from a fight makes you the winner every time.

Taking a knife to a gunfight, eh? There’s so many possibility’s like warning to put down the knife or anything to deescalate the moment. With just seconds to react you can not know the mind of both parties unless you were a witness.