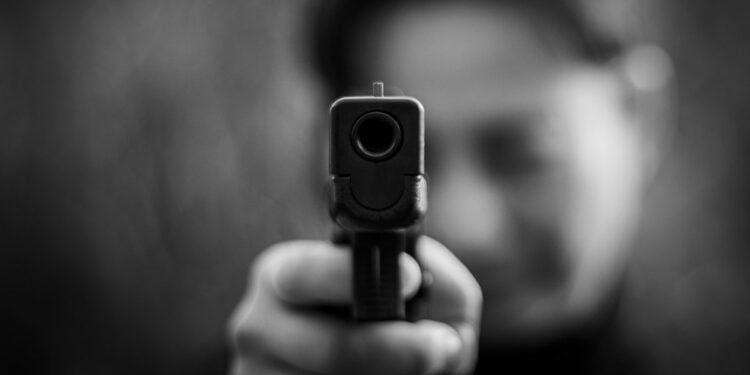 A North Carolina woman fired her gun for the first time, not at a gun range but in self-defense against a home intruder.

A woman woke up to the sound of her dog barking and a loud bang coming from the back of her home. She found a man inside her home trying to steal some of her personal property, including her dog. He yelled at the man, telling him to get out of her house, but when he didn’t, she turned around a grabbed her gun.

Being that it was the first time she used her gun, she fumbled with it but was able to get the safety off.

“I just lifted it up, and I started shooting at him, wherever he was moving to, I just shot him out of the house,” she said. via WRAL

The suspect was hit in the lower right leg and right side. He was treated at a hospital and then arrested after he was released.

“I know a lot of women are scared of guns,” McAllister said. “I feel those are the best protectors for us because we can’t fight a man. We can’t fight an intruder off.”

The main point of this story is to get training with your firearm. You don’t want the first time shooting the gun to be in a self-defense situation. Luckily, this woman was able to get her gun into action in time, or the suspect could have very well taken the gun and used it against her.

If you own a firearm for self-defense but haven’t had any training with it, now is the time to go out and find a reputable instructor and get trained.