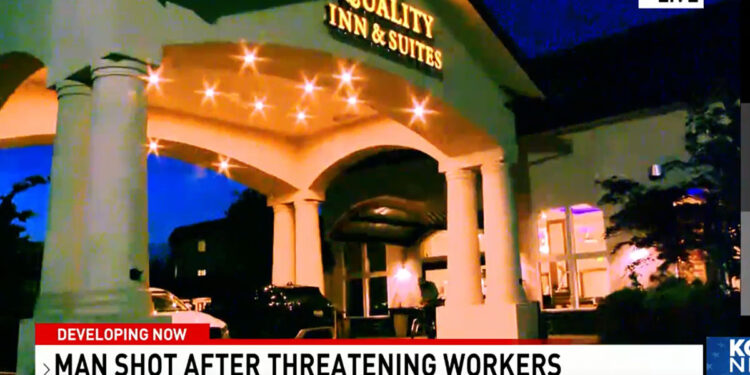 I don’t know what Quality Inn Suites’ firearm policy is for employees, but hopefully, the woman in this story still had a job after saving the lives of three other employees.

Last Tuesday, just before midnight, a man was asked to leave the premises of Quality Inn Suites in Tacoma, WA. The hotel has a history with this man as he has been asked to leave previously. He was not a guest of the hotel.

But this time, when he was asked to leave, he brandished a knife and started threatening three of the hotel’s employees. Luckily, another female employee had a gun. She shot once, hitting the man in the left abdomen. He was transported to the hospital to be treated for his injuries. And as soon as he gets out, he will be booked for three counts of assault.

We’ve covered carrying a gun at your place of employment in the past. Some of you are allowed to, and some of you aren’t. Here are a couple of articles, depending on which side of the fence you are on.

Strategies For Concealed Carry At Work

Options For When You Can’t Carry A Gun At Work