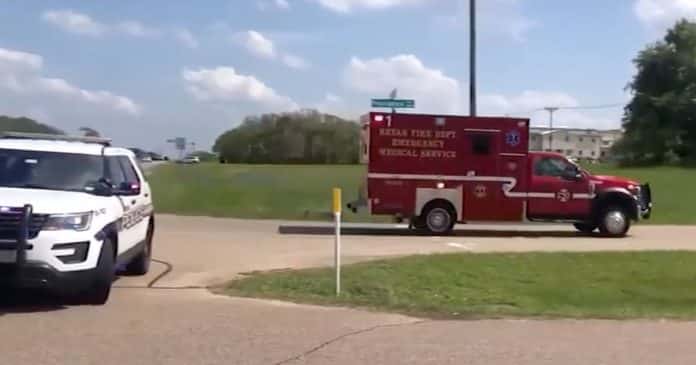 A 27-year-old employee of a cabinet manufacturing company in Bryan, TX, fired on his co-workers yesterday at about 2:30 PM. Five workers were hit. One died, two are in critical condition, and two others are stable. The shooter fled the scene before police arrived. He also shot a state trooper that was in pursuit some distance from the scene but was eventually taken into custody about forty miles NE of Bryan.

Usually, shooters like this either take their own lives as soon as they are confronted or die in a shootout with police. Taking a shooter into custody is rather rare, so perhaps we can learn something from this one about motive and what triggered the attack.

One of the employees interviewed afterward said that she thought it looked like he might have been targeting certain individuals, but that is speculation at this point and has not been confirmed. There may be some truth to this, though, in that he apparently walked by some co-workers on his way to shoot others. This same witness also said that he was a quiet guy that worked there for perhaps a bit more than a year.

His family described him as level-headed. If so, not this particular day.

Listening to eyewitness accounts, workers seemed to do one of three things. They ran, hid, or went into complete hysteria. It seems that some that ran did so rather indiscriminately and for a considerable distance. Meaning they just ran with no clear purpose. All of this is understandable, of course, but I mention it so others can consider how they might respond.

This sort of thing can be looked at much like a fire drill. It’s beneficial to have a plan of action before the worst happens to minimize panic. Knowing your response ahead of time can help you keep your wits about you and save your life. Know where the nearest exit is or where there is a secure location that you can lock yourself into that the shooter can’t access.

Obviously, quickly moving to cover is the first priority if you are within sight of the shooter. Then run if you can do so safely without putting yourself into a direct line of fire. Hide if you can’t flee but be prepared to fight if you have no other options. Hiding and just waiting to be the next one shot is not what you want to do. I would imagine that there would be any number of items in a cabinet shop that could be used as an improvised weapon.

Studies have shown that the single greatest factor determining the number of people injured in a mass shooting is how much time the shooter has to operate before he is confronted or runs out of potential victims. In this case, it’s not yet known why the shooter left the scene when he did.