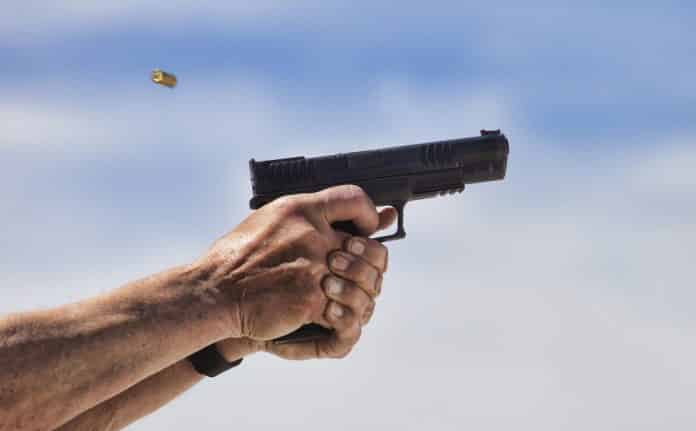 A man approached a woman in Chicago at about 6:00 PM on a Tuesday last month, pulled out a gun, and demanded her property. Another man who apparently witnessed the robbery attempt closed the distance on both of them, pulled out his gun, and shot the robber in his right leg. The robber left the scene and managed to get himself to a hospital where he was treated. It’s not known if the second man verbally challenged the suspect before he shot him.

It’s probably common for men, in particular, to daydream about being the hero in such situations but, while it is legal to come to the aid of another facing a deadly force threat, don’t be too quick to jump into the incident without considering the risks you may be running if you do.

You do realize that engaging an armed suspect is purposefully getting into a fight you could lose? And of course, it’s not just that you could lose but also your family and friends who will then need to live without you. Then there is always the possibility of criminal and/or civil charges that could be brought against you even if it looks like you did everything right. Either way, you will need a lawyer. And don’t be surprised if the bill goes into the solid five-figure range though it is possible that you could be cut loose without any issues at all. But that’s not the norm and could depend on the mood of the local county prosecutor.

But then again could you live with yourself if you could have saved a life but didn’t?

I am not saying that you shouldn’t try to help another who is under attack. I’m suggesting that you evaluate the risks involve and decide as much as you can in advance what or who and under what circumstances you are willing to risk everything for.