Armed Robber Gets More Than He Bargained For

by Mike Doran
in Articles
5 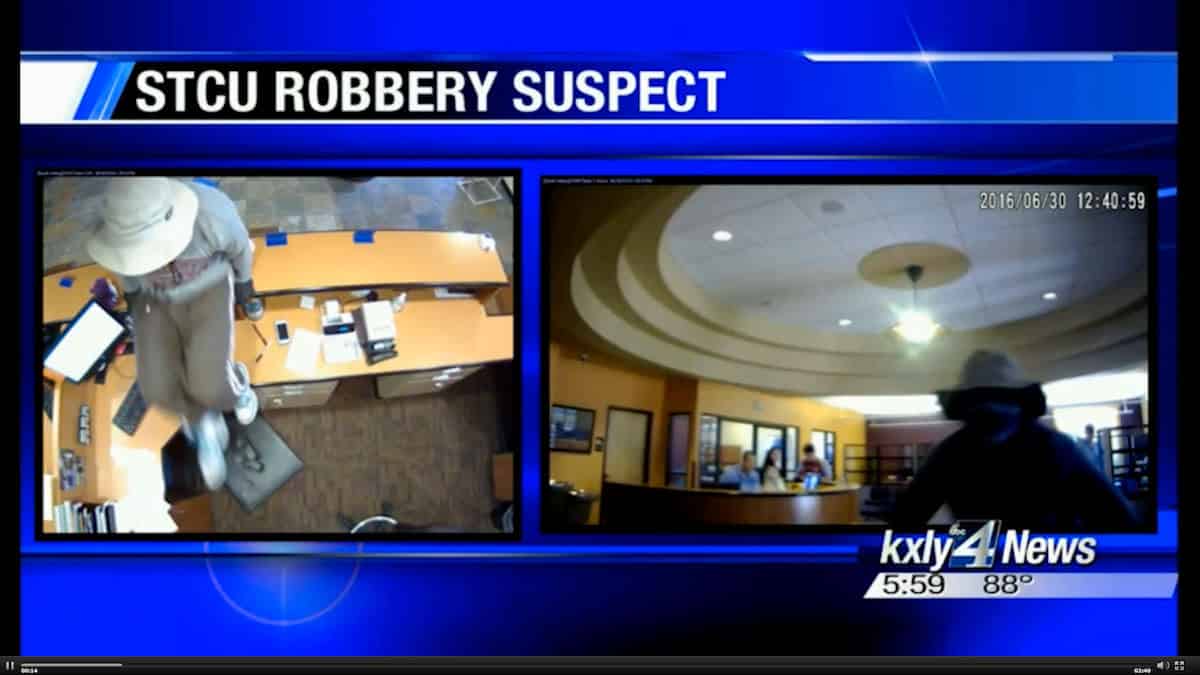 The suspect of an armed robbery at the local credit union in Spokane Valley, WA received a bit more than the cash he demanded.

The suspect, who is still at large, entered the Spokane Teachers Credit Union just before 2:00 in the afternoon on Friday, according to the Spokane Valley Police Department.

He could not have been more conspicuous. Described as a white male 5’08”-5’10”, 160 pounds, wearing a sweatshirt, sweatpants, black gloves, a boonie hat, sunglasses and a bandanna over his face, the suspect jumped the counter and demanded money.

During the robbery, a citizen inside the bank drew a legally concealed handgun and fired at the suspect, who fled the scene on foot and was last seen running northbound away from the credit union.

Though the police arrived quickly and conducted a search of the area, they were unable to find the suspect, but believe he was injured from blood left at the scene.

No one else was injured.

Even though the armed citizen was legally carrying a firearm, the police read him his rights and the citizen sought the advice of legal counsel before talking to investigators at the scene—a smart move even when one is the innocent party in an investigation.

You can see pictures of the robbery here.

Tell us: Would you have fired on the armed robber?