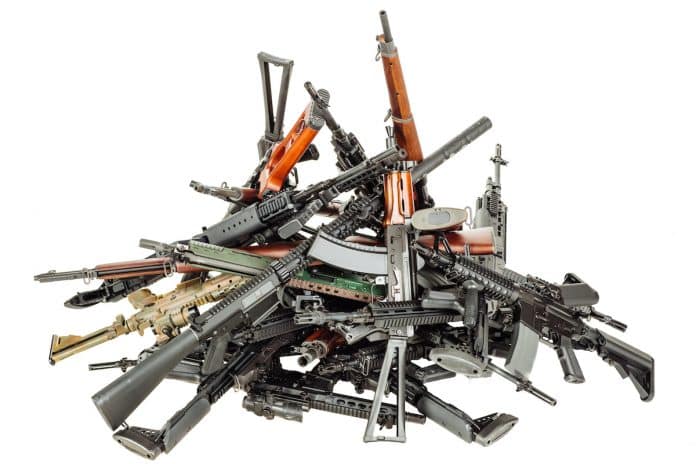 While many voices spoke out against the 1986 restrictions of fully automatic or select fire weapons, hostility toward that legislation paled in comparison to the ire evoked by the 1994 Federal Assault Weapons Ban (AWB; the full official name of the legislation is the “Public Safety and Recreational Firearms Use Protection Act”). For me, this is the most personal of these laws; I came of age as a shooter under the AWB and was fully an adult when it sunset. More on that, later.

Legislation rarely comes out of nowhere, and the AWB was no exception. A rise in violence throughout the 1980s and early 1990s—most of it drug and gang-related—couple with several high profile mass shootings sparked the momentum for another round of gun control. Authored by Senator Diana Feinstein of California, the bill sought to curtail the right to own firearms popularly associated with criminal actions.

What Classified a Weapon as an “Assault Weapon?”

The criteria were complex. No category of firearms had ever been recognized or referred to as “assault weapons” either legally or popularly. Presented in brief, a firearm was an assault weapon if it met the following criteria.

For semi-automatic rifles accepting detachable magazines, two or more of the following :

For semi-automatic pistols accepting detachable magazines, two or more of the following:

A semi-automatic shotgun with two or more of the following:

In addition, a list of specific makes and models of firearms was outright banned in any caliber or configuration. Also banned were magazines, belts, clips, or other loading devices holding more than ten rounds.

Many groups and individuals in the Second Amendment community raised objections to these guidelines for a wide variety of reasons. Some of the criteria for “assault weapons” were safety features—the barrel shroud most prominently. Others, like bayonet mounts, flash suppressors, or grenade launcher mounts, were either cosmetic or misunderstood in use. Regardless, the bill passed into law in September of 1994. Per provisions within the bill itself, the legislation sunset in 2004. And there have been no successful attempts at renewal at the time of this writing.

The effects of the ban have been studied at length and found to be negligible. The research suggests various reasons for this. Criminals do not typically acquire firearms via legal channels. They also rarely used the kinds of firearms banned in gun crime either before or during the ban. And the list of features failed to address the actual causes of murder/homicide in the United States.