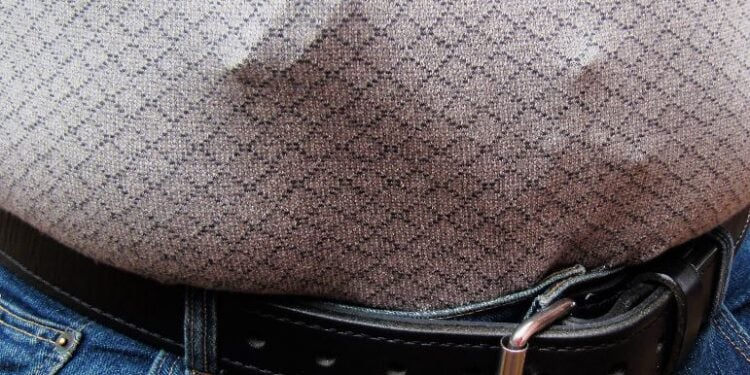 We patriotic and law-abiding citizens that are licensed to carry concealed handguns for self-defense do not want to tip off the bad guys and gals that we are carrying a hidden gun. It is a tactical advantage for us good folks to not readily display our hidden guns nor to even hint or indicate in any way that we may be carrying. If we do, it could be a matter of life or death for us; or perhaps a fine or maybe arrest. Most first-time concealed gun carriers (CGC) are very nervous and even paranoid about carrying their gun in public. They don’t want to make any rookie mistakes or have a negligent discharge. They are cautious and wary of what others’ actions might be, feel everyone is looking at them, and know for sure others know they are carrying. These suspicious feelings and uneasiness about “getting made” or making an obvious carry mistake eventually disappear and CGC get more comfortable carrying. Some even say you have to first “get the Wally Walk under your belt.”  What is the “Wally Walk?” What are some typical carry mistakes?

I remember the first time I heard the term “Wally Walk” and did not know what in the world folks were talking about. Well, the “Wally Walk” is viewed by some as a right of passage for those who just recently got their Concealed Carry license or permit to carry a concealed handgun. The newly-licensed CGC puts on their concealed carry gun and holster with their cover garment and goes outside with them for the very first time. Their first trip carrying is to visit Wal Mart to walk around and shop for at least 30 minutes. The goal is to be calm, cool, interact casually with others in the store, not reveal your concealed carry gun, not draw attention to it, and not make any carry mistakes… to see if anyone notices it or mentions it. The concept and term are even defined in the Urban Dictionary. 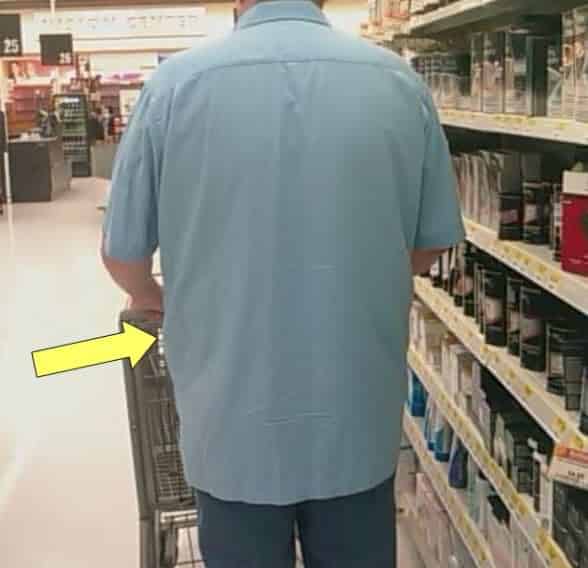 Aside from the very evident and suspicious emotional behaviors and the epiphany of seeing part of a gun revealed, there are physical clues that may alert others that you are carrying a concealed gun. The truth is your hidden gun is not as obvious to others as you first believe it is. Recognize that it probably is barely noticeable to others, most folks do not often stare at others stomach or waist areas of the body, most do not think “gun” when there is a waistline bulge, and those that do notice are probably other CGC or police officers who will not give you problems about printing and a “possible” gun. Other than the large, obvious gun-shaped bulge or the gun sticking out from the cover garment, it is very difficult to know if someone is carrying a concealed firearm. In one Phoenix Police Department case I read, the police officer did not know if the crazy-acting individual he stopped for probable cause for a routine matter was carrying a concealed weapon or not and did not search him. Sadly, he discovered that the illegal alien acting suspiciously who he stopped for the minor offense of jaywalking was armed with a concealed weapon with no permit and did not hesitate to use it. The 33-year-old officer and family man was shot in the face at point-blank range and was killed in the line of duty by the bad guy. It is very difficult to determine if someone is armed with a concealed handgun and your very life may be in jeopardy. Remember criminals do not have our same value system, goals, and priorities, behave differently than most of us, and will not hesitate to harm you to satisfy their own egotistical goals and priorities. Some have killed to maintain their perspective of control and when challenged. Sadly, I recall the “In Cold Blood” true story by Truman Capote in 1966 with research help from Harper Lee, who passed away this week. All four family members of a small farming community in Holcomb Kansas were brutally killed by murderers because they thought they had a safe with large amounts of money in it. But, the murderers wanted to show they were in control and killed them and left with just a few dollars and a portable radio, after finding less than $50. in the safe.

Another possibility is that the suspicious bad guy or gal with the weird behavior may not even want to take the chance you have a gun and might even avoid you as possible prey. I guess what I am saying is that the concealed carry situation is very uncertain and has a lot of inherent risks and considerations. Awareness of situational factors is key. Also, recognizing physical signs are important. It seems a lot of people do not really notice or even care that you are carrying. But what if they do? Are there some suggestive and revealing signs and clues to indicate you are indeed carrying a concealed gun?

Recognize it may even be a crime in some jurisdictions to point to your hidden gun, mention that you are carrying a gun, partially display it, or draw it to threaten someone, even if it is unloaded or cannot even fire. Although GENERALLY, it is not a crime when your gun “prints” or shows the gun’s outline through your clothes, it could be a legal problem if you have a gun in your hand and do not even point it at someone. This varies significantly from state to state and among jurisdictions. “Printing” is a non-legal term that describes when the outline of your concealed gun can be seen through your cover garment, even though it covers it. If you have a concealed carry permit or license, in almost all states your handgun must be concealed and hidden whenever you are in public or else it probably will be a crime (situational.) What qualifies as “concealed” and “printing” varies a lot among states and jurisdictions, so know the laws in your area from reliable sources. Aside from legal concerns, those carrying concealed do not want others to know that they have a hidden gun for their own safety reasons. They will take extreme actions to cover-up their gun and avoid any clue or physical or visual evidence that they are carrying. Those who carry handguns should know the telltale giveaways that could jeopardize their legal concealed carry handgun being recognized by the bad guys and gals. So what are some gestures, cues, evidence, clues, behaviors that alert others that you are carrying a hidden gun? Here are some actions and signs that announce you have a weapon on your person. When I first started carrying, I think I did not truly understand every one of these, but so far I am still here, had no problems, and have not been arrested. I have learned my lessons and behaviors and want to avoid any signs or hints that I am carrying.

TOP 11 SIGNALS THAT HINT THAT YOU MAY BE CARRYING A CONCEALED HANDGUN:

1. Constantly touching or feeling the concealed gun through the cover garment to ensure its presence – this draws attention to it and you; may involve sub-consciously resting your hand on the gun;

2. Having your arm very close to your body on the side where your gun is located to protect, stabilize, guard, and help hide the gun;

3. Instinctively turning away or shifting the gun-side of your body to the opposite side when meeting someone or being approached by someone directly in front of you;

4. A quick adjustment with your hand in a circular motion to reorient the gun and move the barrel downward, after or while walking, after descending stairs, after stepping upwards, or after some gun motion or position movement;

5. Having a shorter walking stride on the side where your gun is holstered in your pocket or in the waistband or outside the waistband because of restricted leg/side movement; may include noticeable uncomfortable walk because weapons are hidden in boots or shoes or causing discomfort and a shorter gait;

6. Coat, jacket, vest, or cover garment fits unevenly with garment side with gun or pocket with gun sagging, swinging, and hanging lower than other side due to the weight of gun;

7. Steadying or bracing the gun with your hand when walking (especially fast), exercising, or running; 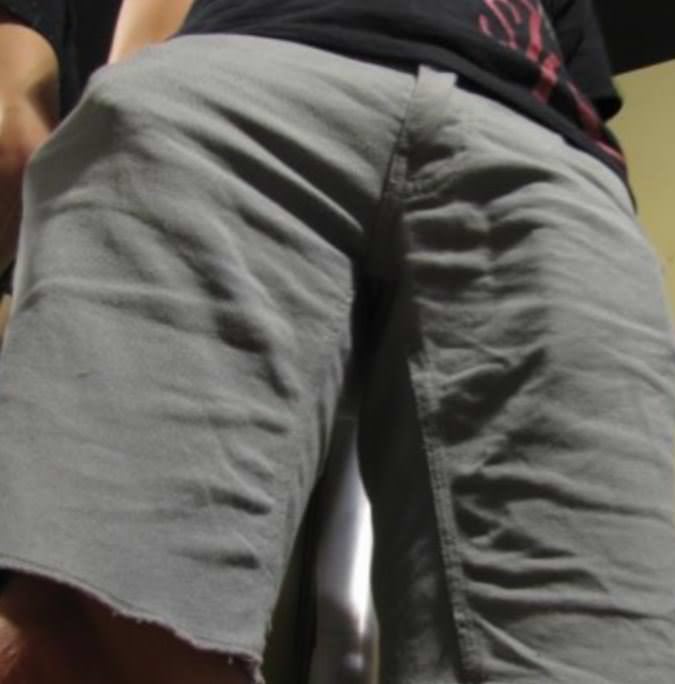 9. Recognizable irregular-shaped bulge or mass is created from holstered, the concealed gun when extending/reaching with arms, bending down, kneeling, or sitting, or when body bends forward or backward from the waist;

10. Having a shorter arm swing on the side where your gun is located due to a tendency to protect, stabilize, and guard the gun; and 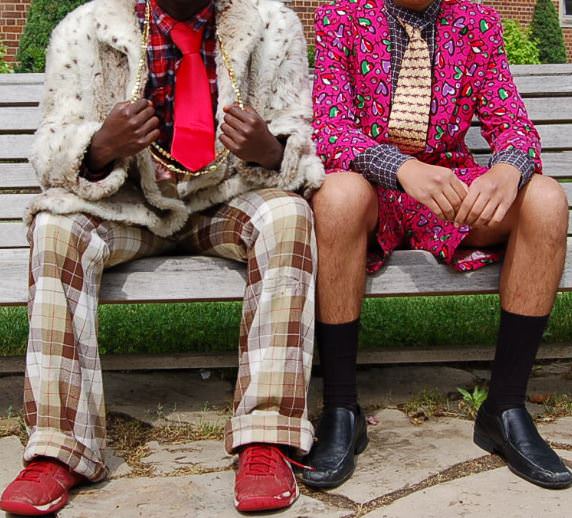 11. Cover garment design & style do not match, e.g., an extra long coat is mismatched and not compatible with other different-season clothing or garment styles, patterns, designs, colors, or trends when combined together; wild prints, patterns, and mismatched clothing attract unnecessary attention.

Well, I hope some of these ideas and physical signals that may hint that you are carrying a concealed gun help you to be safer and have a peaceful and comfortable state of mind. Maybe you know other physical signs or hints that reveal you have a hidden handgun?

This personal opinion article is meant for general information & educational purposes only and the author strongly recommends that you seek counsel from an attorney in your state or jurisdiction for legal advice and your own personal certified weapons trainer for proper guidance about shooting & using YOUR firearms, self-defense, stand your ground law, and concealed carry. This is not legal advice and not legal opinions. It should not be relied upon as accurate for all shooters & the author assumes no responsibility for anyone’s use of the information and shall not be liable for any improper or incorrect use of the information or any damages or injuries incurred whatsoever. Safety First!

© 2016 Col Benjamin Findley. All Rights Reserved. This article may not be reprinted or reproduced in whole or in part by mechanical means, photocopying, electronic reproduction, scanning, or any other means without prior written permission. For copyright information, contact Col Ben Findley at ColBFF@gmail.com.

Concealed Carry Allowed for Students of the University of Texas Starting Aug. 1 with Restrictions