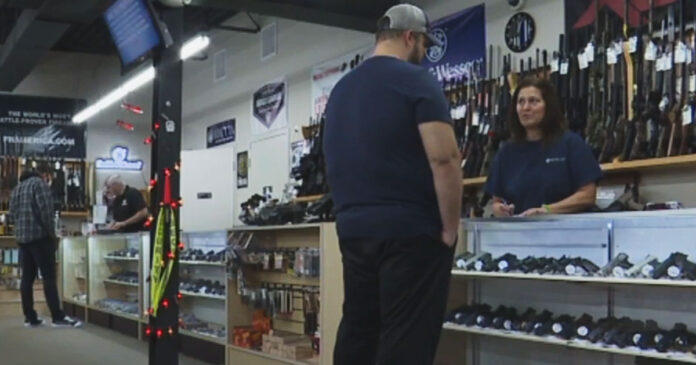 The Ohio Senate has passed Senate Bill 185 (see full bill below), which bans local governments from taking away guns and closing gun stores during state of emergencies.

Many gun store owners favor the bill, and those against it say it would violate home rule.

Although no Ohio gun stores were closed during the pandemic, it was a fear many gun stores faced.

“Absolutely, there was a concern, and I think that’s what led more to the panic, and people were concerned that it might have been shut down overnight,” said L.E.P.D. Firearms, Range & Training owner, Eric Delbert via A.B.C. 6.

The bill also prevents the government from closing down shooting ranges and confiscating a person’s Ohio Concealed Carry License.

“The bill is very good. It really solidifies for future generations regardless of who is in the governor’s seat. That businesses such as ourselves are going to be open in times of civil unrest like we saw last year,” said Delbert. “We need to be able to move around with firearms if you’re a concealed carry holder during those times. That’s why you get a concealed carry.”

Sen. Cecil Thomas, a lawmaker, and former police officer against the bill, fears more problems are bound to occur.

“You’re usurping the authority of municipalities to be able to control what goes on in their various municipalities, in other words, the issue of home rule,” said Thomas.

Thomas is concerned law enforcement will not have the best ability to de-escalate a situation with this bill.

Despite these concerned issues, this bill really is beneficial for the law-abiding citizens of Ohio. Do the benefits outweigh the risk(s)? There is likely more risk keeping citizens without the proper tools to defend themselves during civil unrest when looking more at it.

Besides staying true to the 2nd Amendment, this bill ensures that people will have access to obtain firearms and garner the necessary knowledge and training that can help aid them in situations involving imminent danger.

Senate Bill 185 is making its way to the Ohio House.