by Salvatore
in Articles, Self-Defense, Travel
0 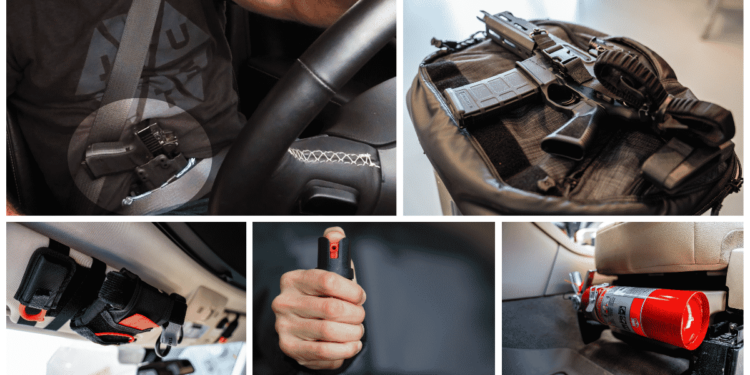 While once considered quite paranoid if you believed in preparing your home defense response for anything beyond the lone burglar, recent events make clear that large groups of home invaders, and indeed even large crowds of misfits set on intimidation and chaos, are now a security concern for you and yours. Likewise, there is a growing roster of people who have been accosted while in their vehicles by violent mobs.

This emerging threat demands consideration that goes beyond the foundational preparation we have long fostered, based on the carry of a concealed handgun. While the carry pistol still serves as the first line of response to the deadly threat while in public or even within our home, the realities of the growing civil threat should lead us to consider more formidable means of dealing with violence, as well as extended preparedness in general.

Don’t get involved in violent protests if they are at all avoidable. Avoidance is the top priority. However, if caught in a situation that was unavoidable, or if facing such violence at home, consider the following:

First, consider what you are currently carrying every day. For example, I love small-frame revolvers, and if you are restricted to only deep concealment due to professional obligations, then certainly such a small gun is far superior to being unarmed. However, if you continue to carry a small revolver or a small pocket auto only due to convenience, I urge you to consider the unfolding events that surround you. Now has come the time to carry a real fighting pistol, one that is shootable, with significant capacity, and one that can be reloaded quickly. At least one reload, carried on the body, is also in order. When in the vehicle, be sure that you are wearing your gun. In an emergency in which you must exit the vehicle quickly a gun stored in a console may take too long to access. Wear your pistol at all times possible.

If you have not done so before, now is the time to consider having a quickly accessible defensive long gun readily on hand. The pistol remains the fastest and most accessible weapon of deployment, but recent events have demonstrated the possibility of facing large groups of people who may direct violence at you and yours, and long guns drastically escalate your defensive capability. A modern sporting rifle is a good choice, but in jurisdictions where these are regulated to the point of being less viable, a shotgun is a great choice. Likewise, lever action rifles, while old technology, are still very effective defensive tools in trained hands. The bottom line remains that any defensive long gun is more effective, on an order of magnitude, than a handgun, and now is the time to consider having one readily accessible.

A topic that arises of late is the notion of carrying a long gun in the vehicle so as to have a formidable weapon in case of getting trapped in a riot while driving. I am not apposed to this idea, but I offer two considerations: first, the gun does you no good if it is in the trunk as you won’t have time to get to it, so a smaller long gun that can be stored in a bag or pack is best. Second, if you need to bail out of the vehicle, the gun needs to be in a quickly slingable pack so that it goes with you and does not get left behind. Also, being concealed is a must so that you are not running around in a crowd with a visible long gun, which will draw unwanted attention.

Get 25% OFF Everything Including Concealment Bags at VERTX.COM with Coupon Code: USACARRY

To be prepared for violence of any kind you need to be equipped and trained in basic medical, in particular, bleeding control. Medical kits should be stored in the home and in the vehicle and should have tourniquets, pressure dressings, chest seals, and compression bandages. I encourage people to carry at least a tourniquet on their person, but having more medical available in the vehicle and home makes perfect sense, now more than ever. Be sure to know the skills of applying a tourniquet, packing a wound, and applying a chest seal.

You can find the Modular Visor Panel in the photo above at Fieldcraft Survival. 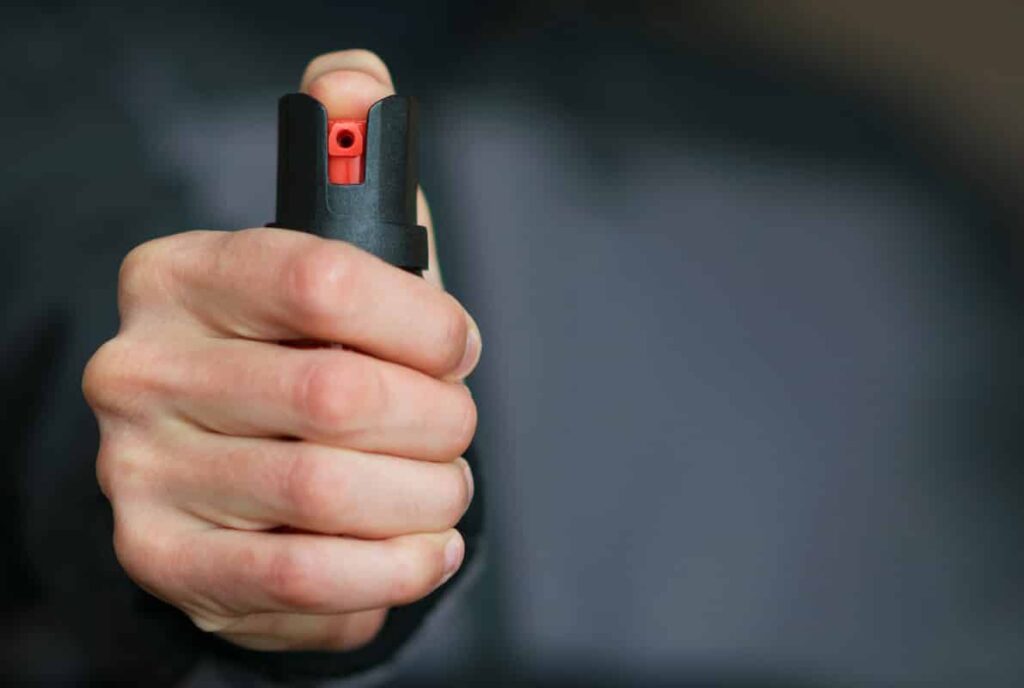 Not all assaults warrant or justify a lethal response, in fact, most do not. This is also more apparent than ever. An angry mob that is posing a potentially lethal threat may justify such a response, but aggravated people acting in a hostile, but not deadly, manner, may demand a less-lethal force response. Pepper spray is a good tool to carry on a routine basis, but the current climate of civil unrest and tensions running high demands the carry of this tool more than ever. I caution the reader to not leave OC canisters in a hot car, as they can explode in extreme heat. Keeping a large OC canister in a pack that is taken to and from the vehicle, however, makes good sense.

Fire is an ever-present threat that can be used maliciously during violent rioting. Molotov cocktails and other incendiary devices are often used during such activity, and this poses a significant hazard to you and yours in the home and in the vehicle. Having fire extinguishers immediately available in both is a sound practice. Fire extinguishers should be kept in the home in the locations most necessary, typically in the kitchen and next to any open sources of heat, like fireplaces or woods stoves. Having a couple of fire extinguishers placed near entryways or windows that face the street may be a sound decision due to current events.

Likewise, fire is a threat to safety when in a vehicle, the increased likelihood due to recent events being evident. Keep a fire extinguisher quickly accessible, a smaller unit can typically fit under the seat to be ready, but unobtrusive.

These five items are important for safety and self-defense in our contemporary America. You are on your own, nobody is available to protect you except yourself. Act accordingly.