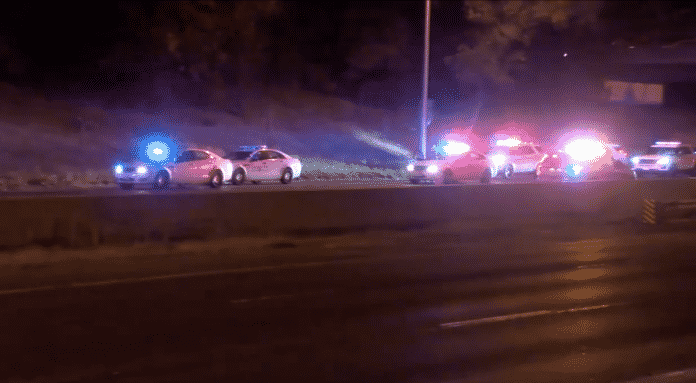 A Chicago man driving southbound on I-57 around 10:30 PM on Wednesday, Sept. 9, 2020, was attacked after his vehicle was bumped from behind. After pulling over with the other vehicle behind him, he was approached by an armed man from the second car.

The victim has a concealed carry permit, and he drew his own gun, and shots were exchanged. The victim was hit four times in the chest. He was taken to the hospital in serious condition but was able to talk to the police about the incident and is expected to recover. It’s not known if the attacker was hit by the victim’s shots.

The attackers took the victim’s vehicle, but it was found only four miles away.

If you’ve not heard of this before, this is a common tactic of carjackers. They bump the victim from behind and then stop with the victim like anyone would after an accident. The victim, understandably, usually goes to look at the damage, and then they are essentially ambushed by the attackers.

This poor guy was likely ambushed in that fashion. He was faced with surrendering and hoping the suspects only take his car or engaging the fight with his own gun. Neither are great options, and in this case, he lost the gunfight. Hopefully, he got some rounds on target himself, which is perhaps why his car was found so close to the scene.

Defense against this one is all about reading the situation. If you suspect this wasn’t an “accident,” then get on the phone to 911 with your suspicions and do your best to “read” the other driver(s). Ideally, let them get out of their car first. Of course, you will need your gun on your person, as was probably the case with this victim. You also had better be confident with your draw speed.

You could also move to the front of your car and make the other driver come to you where you’ll have at least some cover from your own vehicle. If the other driver doesn’t stop to check the damage, I would take that as a warning that they are not interested in just exchanging driver information. Of course, relay what’s happening to the 911 operator.

Of course, if you really believe you are about to be a carjacking victim, you don’t have to get out of your car. If the other driver(s) looks that suspicious, you could simply drive to a safer, more public location. An honest accident driver will likely follow you. Communicate your concerns to 911 and follow their instructions. Better to suffer the embarrassment of overreaction than what happened to this guy