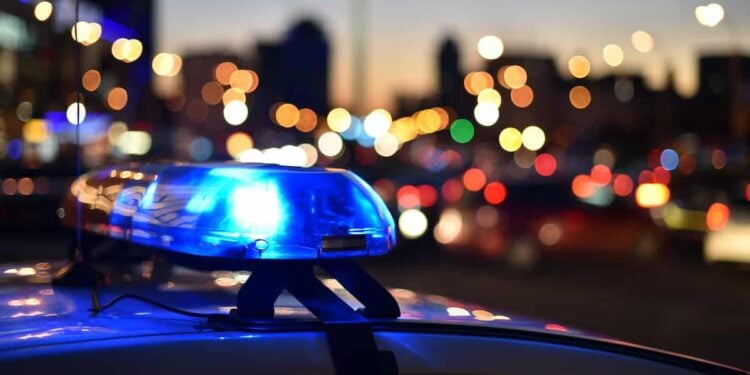 So, here we are, at a point in history where the same political factions that have long tried to disarm you are now calling for the defunding of law enforcement. Remember those folks who thought only the police should have guns? Well, it is obvious that the goal is to leave the law abiding citizen helpless in the face of the criminal element and the further undermining of law enforcement certainly continues the trend. The dismantling of police departments has already begun in certain places, and law enforcement is strained, or simply not willing, to respond to many emergencies in the current political climate. Thus, as many of you have known for a long time, when violence suddenly invades your life, you are on your own.

For a long time those inclined to prepare and arm themselves have already known that police show up after the fact. “When seconds count, police are only minutes away.” However, in our current reality, “when seconds count, the police may never come at all.” Yes, you are on your own, and you must be prepared to respond to any sort of emergency that may arise. With the decrease in policing will certainly come an increase in violent crime, so act accordingly. What are some considerations for this new reality?

The new circumstances should not necessarily change the need to stay armed, as those who choose preparedness realize that bad things can happen at any time. However, in the wake of defunding and limiting the presence of law enforcement a spike in violent crime is inevitable.

The movement to diminish law enforcement in certain cities has already lead to an exponential rise in crime in those locations. Staying armed and remaining alert to your surroundings is more important than ever, especially if living within such vicinities. Stay switched on to your environment and know what is happening around you.

Beyond just staying alert in your neighborhood and around the home and work place, stay informed as to the civil activities in your area.

Are there any protests scheduled?

Are there any rumblings online indicating activity among the groups that have been rioting and damaging cities?

Know what is happening around you and proactively avoid the hot spots.

Network with Neighbors you can Trust

Now is the time to build a network of trusted neighbors. In our contemporary world we tend to be quite insulated and not rely on those who live in close proximity as was the norm years ago. However, with law enforcement and other emergency responders compromised you may have only your neighbors to turn to in the event of an emergency.

Do you know your neighbors? How well do you know them?

Are they people who are prepared for trouble who can help you or do they support the factions of divisiveness that are behind the civil unrest?

Be sure to form bonds with those of your neighbors who are on the same page concerning a desire to secure the neighborhood and protect those who live in it. Develop an emergency response plan and stay in communication with the neighbors you have formed alliances with.

Be Prepared for the Aftermath of Violence or Emergency

After any violent encounter, or indeed any emergency such as an accident, in which first responders would typically respond quickly, there is the potential for a severe medical crisis. If violence engulfs your vicinity and police are limited in their response you can also presume that medical responders will not be able to gain access to you and your household to treat a medical emergency.

Be prepared to treat the most severe trauma, such as extreme hemorrhaging. Have tourniquets and pressure dressings on hand and know how to use them. Since first responders may be compromised, have a plan to evacuate any casualty to the hospital yourself. Have this discussion with trusted neighbors as well: if someone sustains an injury, what is the plan to transport them to the hospital?

Likewise, fire may pose a greater threat than in calm and peaceful circumstances as we have witnessed a lot of burning in urban areas. The act of setting fire to your home or vehicle while you or members of your household are in the structure is, absolutely, a lethal threat and should be dealt with as such. A good fire plan should be in place and fire extinguishers should be placed strategically in the home in order to fight the outbreak of fire in an emergency.

After, or during if possible, a use of force it is a necessity to call 911 and report your emergency. Even if law enforcement is entirely compromised and can’t respond, you want a record of your incident so as to have it documented later on. If you have no choice but to use force against a deadly threat, there will be an investigation at some point, barring the most extreme societal collapse. Having a record of the emergency call, in which you express the fact that you were attacked and had to defend yourself, is evidence you want to have on your side.

Unfortunately, we are living in unpredictable times. As anyone who has been paying attention can attest, when violence or emergency strikes you are on your own. Now, that reality is more apparent than ever. Stay armed, vigilant, and prepared: you are on your own, so act accordingly.