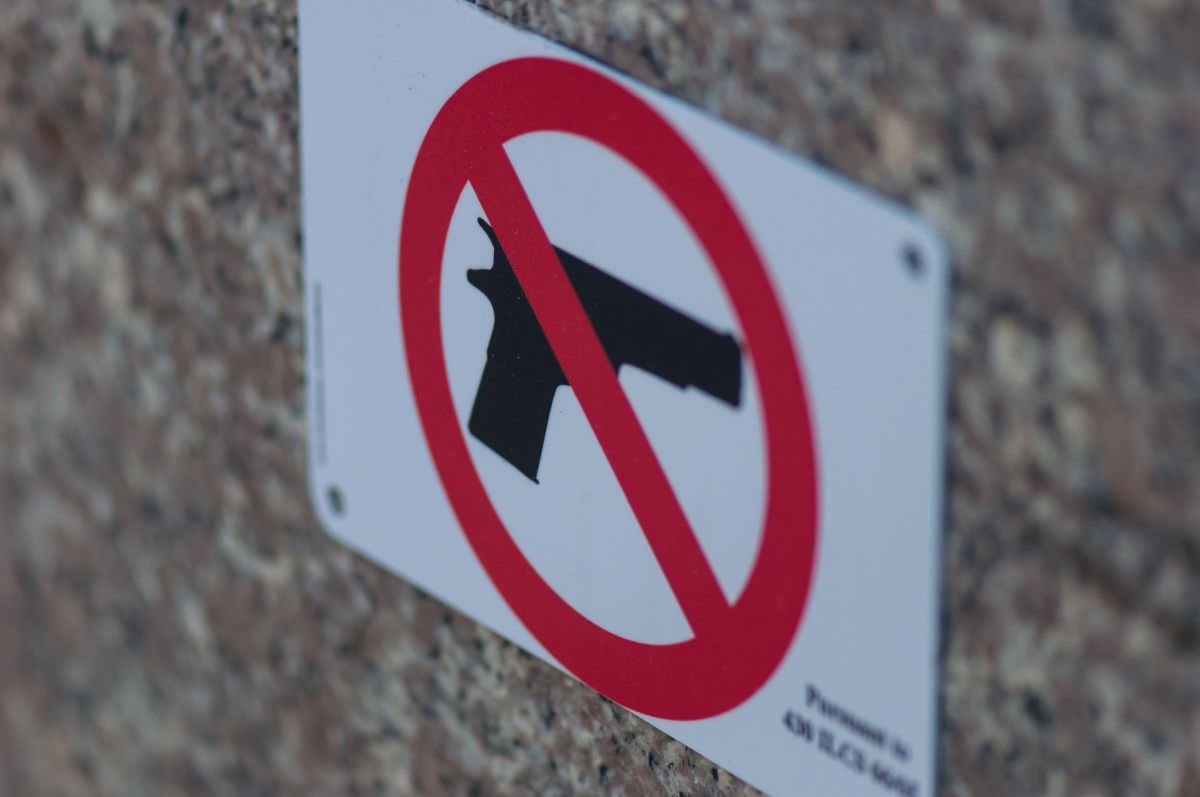 We’ve talked in the past about how concealed carry in particular (and firearms ownership in general) tend to be flashpoints in public discourse. Self defense, safety, and violence are all highly emotional issues, and folks on both sides have been known to fly off the handle.

So with that in mind, we’re going to talk about how we as a community of CCW holders deal with businesses that do not allow weapons on premise. I hope we can do so politely and rationally.

As in all things gun related, the laws vary from state to state, but most places have legal provisos that allow a business to ban weapons. Generally, this involves posting a notice to that effect by the entrance—I’m thinking of Texas’s famous 30.06 signs—and those signs do carry weight of law. The penalty for violating them is generally fairly mild, most often a misdemeanor of some sort.

But hey, “concealed means concealed”, right? As long as no one knows, what’s the harm?

I’d argue instead that we need to obey the law, and not just for fear of penalty. If we enjoy freedom in the form of the right to keep and bear arms, then business owners too should have the freedom to decide whether or not they want firearms in their establishments. They’ve made the choice, and we need to respect it. If you must protest, do so with your wallet by spending money elsewhere.

That is not to say that there’s no point in reach out, just that we need to be tactful in how we do it. I’ve written before about the ways in which we talk to anti-gunners,  and I hold that polite discourse is the best way forward. A letter or email to the owner of a business which bans CCWs can make a big difference if phrase properly. Be polite. Point out that folks with CCW are some of the best-behaved citizens in this nation. Be polite. Explain that you’ll be taking your business elsewhere, but you’ll consider coming back if the policy changes. Offer to answer any questions or concerns that have about CCW, self defense, or guns in general. And be polite.

If you have a local gun club, however casual, work with them on doing some public education about the right to keep and bear arms, self defense, and concealed carry. Bringing new people into our circle is a great way to expand and protect our rights, while having a good time in the process.  One of the chief battles we face as a community is fought out in the press—the media has decided that guns are bad and goes out of its way to portray us in a bad light.

In order to fight back, we have to be the bigger people. More open minded, more tolerant, and more accepting. We have to embrace the freedoms of all people—even those who disagree with us.

CCW Holder Shoots at Robbers, Gets His Gun Stolen

An Interview with Randy Morris, the Superintendent Who Allows Teachers to CCW

An Interview with Randy Morris, the Superintendent Who Allows Teachers to CCW