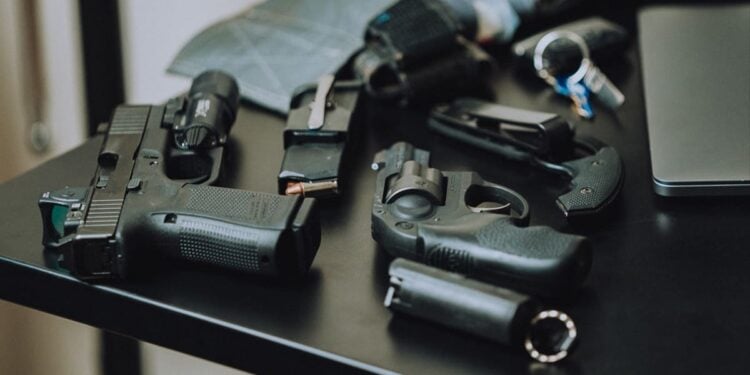 For as long as I can remember, and I have been in this craft a long time, there has been a saying in the self-defense shooting world pertaining to the average gunfight: “three yards, three shots, three seconds.” While that sounds quite nifty, trying to calculate averages as they pertain to human violence is fraught with peril. For every supposed “average” self-defense use of a gun that fits this supposed criteria you can find another that does not. In the current new normal of the world I propose that banking on this “average” is a fool’s errand.

First, let us acknowledge that the majority of defensive gun uses are accomplished without even firing a shot. Second, when shots are fired, criminals usually become late for a different appointment and flee. Therefore, even a small gun with limited ammunition capacity will get the armed citizen out of a jam most of the time, statistically. However, do we want to count on those statistics? The shift in the nature of violence in the past decade should not be ignored. Will a shot from a small pocket pistol send the average carjacker or mugger fleeing? Most likely. However, is such “average” street crime the only concern facing us in contemporary America? Hardly.

For quite some time an outlier scenario that has led many to argue for carrying more capable weaponry is the active killer threat. Facing an adversary who may be armed with a long gun, while at distances further than typical crime, warrants such consideration. In the past year, however, we have witnessed another trend that also demands such consideration, perhaps more so: violent mobs. Mob activity during civil unrest, during riots, or simply flash mobs that spring up to vandalize property, assault people, or commit crime, are all more common and there is no reason to predict a decrease in such activity any time soon.

A realistic consideration for your own preparedness should be the need to deal with multiple threats who are determined. Multiple threats, perhaps many, who will not break off an attack just because someone draws a gun or fires shots. The terrible mess of a shootout that occurred in Kenosha, Wisconsin, is a good example of this. In that case, the young man who was attacked by rioters on the street faced assault by attackers while he had a rifle in hand, let alone a handgun, and even after firing the attackers pressed the assault and closed the distance. This was not the only example of such an attack that has been seen of late. This is the frightening reality that may become more prominent as our society spirals further into chaos.

Consider your Mindset and Tactics

If you have been somewhat casual about going armed up until this point, now is the time to evaluate your mindset and your tactics for dealing with violence. Being confident in the idea that any show of resistance will send criminals fleeing is simply not realistic. Rather, preparing yourself mentally and physically for a fight that may require any level of force necessary to neutralize a violent threat is in order. Conflict should be avoided at all times possible, but when left with no choice but to use force to defend innocent human life the armed citizen needs to be ready to use the force necessary. Plan on criminals not being impressed with the display of a gun (guns should not be brandished anyway, they should only come out if lethal force is justified) and plan on criminals not being dissuaded even after taking hits. Plan on the need to neutralize multiple determined threats through fast and accurate gunfire.

What are you carrying? Is it up to the task of dealing with multiple determined adversaries? This will ruffle some feathers, but now is the time to carry a serious handgun that is shootable with adequate ammunition capacity. Certainly, a small revolver or pocket auto will still be enough gun for most mundane street crime, most of the time, but we are at a point where mundane street crime is hardly the only consideration. A serious pistol chambered in a service caliber and at least one reload on the person is in order. Few armed citizens carry a backup gun on person, but adding a second handgun to your EDC may make sense as well, especially if you need to spend time in vicinities that are likely to erupt in unrest.

Guns are only part of the toolset that should be considered. If caught in a demonstration that gets heated, the possibility of facing simple assault, as opposed to deadly assault that warrants a lethal response, is quite high. If you have never carried a less-lethal tool, such as OC spray, now would be a good time to consider adding such a tool to your carry routine. Having a means of taking the fight out of an aggressive appointment who is about to assault you is exceedingly beneficial. Spay can’t be counted on to be 100% effective, but more often than not it will dissuade an aggressor, providing you time to escape the situation.

Also, consider medical gear and the skills to use it. The chaos of recent months clearly demonstrates that people stuck within such events are often on their own for an extended period of time. If you or a loved one sustains injury it may be a long time before first responders can arrive. Carrying a trauma kit that consists of a tourniquet, hemostatic gauze, a pressure dressing, and chest seals, can mean the difference between someone dying before help can arrive or being able to survive long enough for medical professionals to intervene. Obviously, having the skills to use such hardware is required, and taking even a basic Stop the Bleed class will put you well ahead of the pack in this regard.

This is the new normal, and when bad things happen you will be on your own. If the past year has not made you consider your own self-defense and preparedness, I am not sure if anything will. Act accordingly.