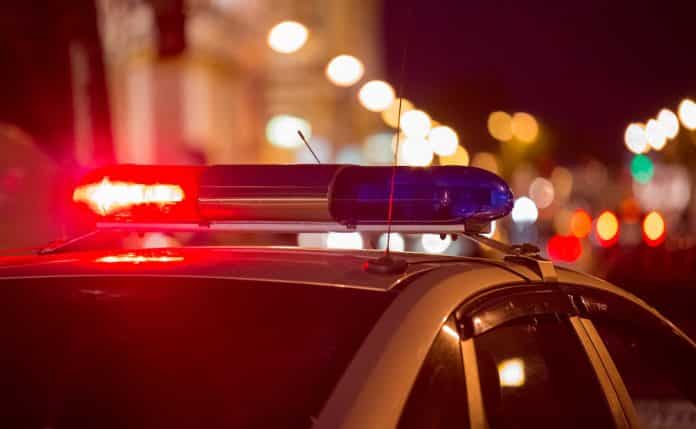 On April 5, 2020, around 6:00 P.M., a Las Vegas police helicopter took notice of a motorcycle rider that was acting very suspicious in a shopping center parking lot. The rider drove “very recklessly” into a residential neighborhood, stopped or crashed the bike, and then began taking off some of his riding gear.

He then ran through a car dealership and jumped a fence into a condominium property where he came into contact with a resident that had just gone outside to check on the helicopter activity. The resident began calling the police and told the motorcyclist to stop, but he ran away.

The resident, who was legally carrying, followed until the cyclist turned toward him as he pulled a knife. According to police:

At that point the citizen fired what we believe to be two rounds, striking the suspect. The shooter then ran and grabbed a first-aid kit and began providing first aid to the victim on the ground, who he had just shot. VIA LAS VEGAS REVIEW-JOURNAL

Soon after, officers arrived on the scene and helped the resident administer first aid until EMT arrived. The cyclist was declared dead at the scene.  The resident was not arrested, but the case will be turned over to the district attorney’s office for review, police said.

At the risk of sounding like an armchair quarterback, this one could have been avoided. While the resident did the right thing in calling 911 right away, he had no way of knowing what had immediately transpired just before the man jumped the fence onto the property. At that point, the cyclist was likely just a trespasser.

There’s likely no doubt that the resident thought he was doing the right thing by following the cyclist to help police locate him, but this is an excellent example of how quickly things can go wrong. The cyclist was not a threat to the resident since he initially ran away. He only became a threat when he apparently felt threatened by the resident’s pursuit.

Had the resident not pursued or had he perhaps kept more of a distance, maybe he wouldn’t have put himself in the position to have to defend himself. He is not an officer. He has no duty or even the right to pursue a suspect. Now he has to live with killing someone, and he may not be out of the woods as far as prosecution.

It never looks like self-defense when you go to the fight. Pursuing a suspect does not maintain your innocence. Yes, once the knife was out, the resident was facing a deadly force threat, but the prosecution could argue that he would have never been in that position if he had let responding police do their jobs.

Call 911, be a good witness, avoid a fight if at all possible, and let the police handle it.