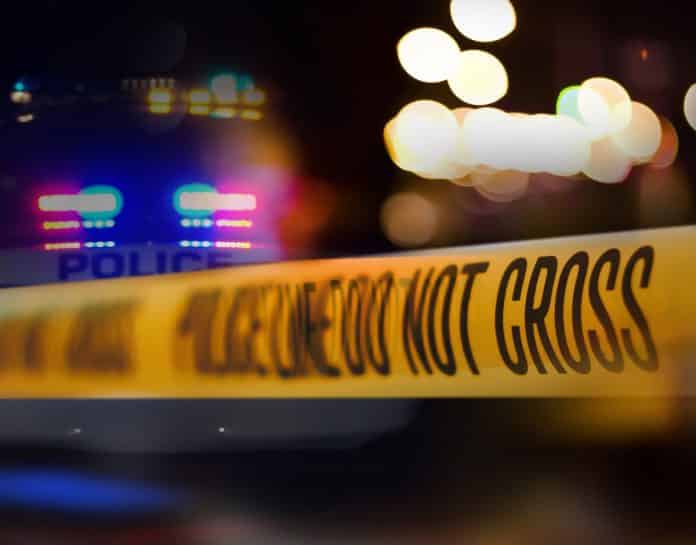 About 6:30 Friday, a 34-year-old woman drove to a marijuana dispensary in Tulsa, OK. Several people were outside the business. The owner was talking with a man in a truck that was blocking the woman’s access in the parking lot.

This angered the woman who had a few words with those outside the dispensary. She then left the scene but returned approximately three minutes later, pulled a gun and opened fire from her car at the owner and the man in the truck.

A concealed carry license holder that was standing nearby shot the woman after she began shooting at the owner and truck driver. She died at the scene. The entire event was captured on security video. The CCL holder was taken to the police department’s detective division to be questioned and was later released.

Look how quickly this went from a few angry words to gunfire. Likely no one saw this coming, but a legally armed citizen was able to stop the threat quickly. What would you have done in this situation? Before you answer too quickly, stop and think about it.

Shots were not being fired at the CCL holder. Perhaps he could have simply gone for cover instead of engaging the shooter. Engaging was his choice, and this time he was successful in stopping the threat, but it’s always important to remember that anytime you enter into a fight, there is always at least some chance that you could lose that fight. Engaging this woman could have brought return fire his direction.

Unfortunately, the woman died so now he will have to live with that.

Hopefully, the CCL holder had an attorney with him while detectives were questioning him. Even though this looks like a very clean case of defense of others, one should never allow one’s self to be questioned without the aid of a competent self-defense attorney. What if something he told investigators didn’t completely line up with what the video recorded? Even though he is being as honest as he can after such a traumatic incident.

And just because he was released later that evening does not necessarily mean that the authorities are through with him. Then there is always the possibility of a wrongful death civil suit that could be brought by the woman’s family.

And what was the CCL holder doing outside of a marijuana dispensary? Is he a customer? Would he test positive for THC? It might be legal in OK, but it is still a Federal crime. The legal issues around that situation are far from settled.

Still want to get involved? No judgment here, of course. It’s always your call. Just make an informed one.