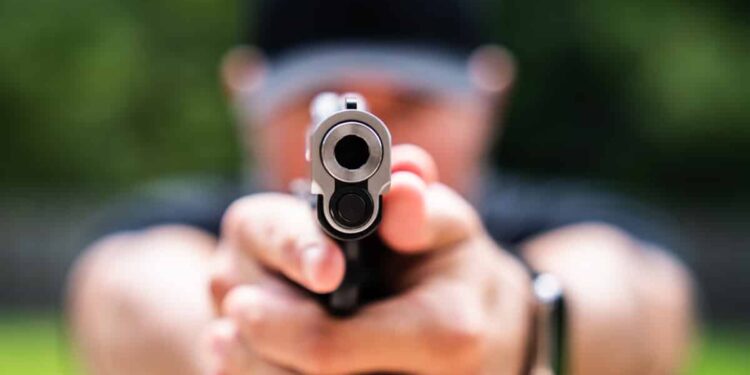 This past Sunday, a man broke into Frost Giant Games in Ashwaubenon, WI. When the store owner’s girlfriend received notifications from their Nest security camera, she called her boyfriend, Anthony Folk.

He happened to be nearby with an employee who was former military and who also had his Wisconsin concealed carry permit.

As Folk went inside to check on his business, the employee and concealed carry holster blocked one of the exits. Folk found the burglar toward the back of the store and confronted him. From there the burglar ran off, went out of back exit but unfortunately for him, ran into a 1911 pointed at him when he ran around to the front of the store. He immediately gave up. I don’t blame him! 😂

“It’s one of those times when the good guy has the gun,” said Folk.

After reading this story and watching the video below, I have a few thoughts. While I understand wanting to protect your place of business, I would have called the police first instead of going into the store looking for a burglar. This could have turned out differently had the criminal had a gun. Since there was no one else in the store, no one’s life was in danger.

Luckily, no one was harmed in this incident, and the bad guy was caught. Captain Jody Crocker of Ashwaubenon Public Safety was quoted as saying, “I think he took appropriate measures in order to stop him from fleeing and stop him from his burglary.”