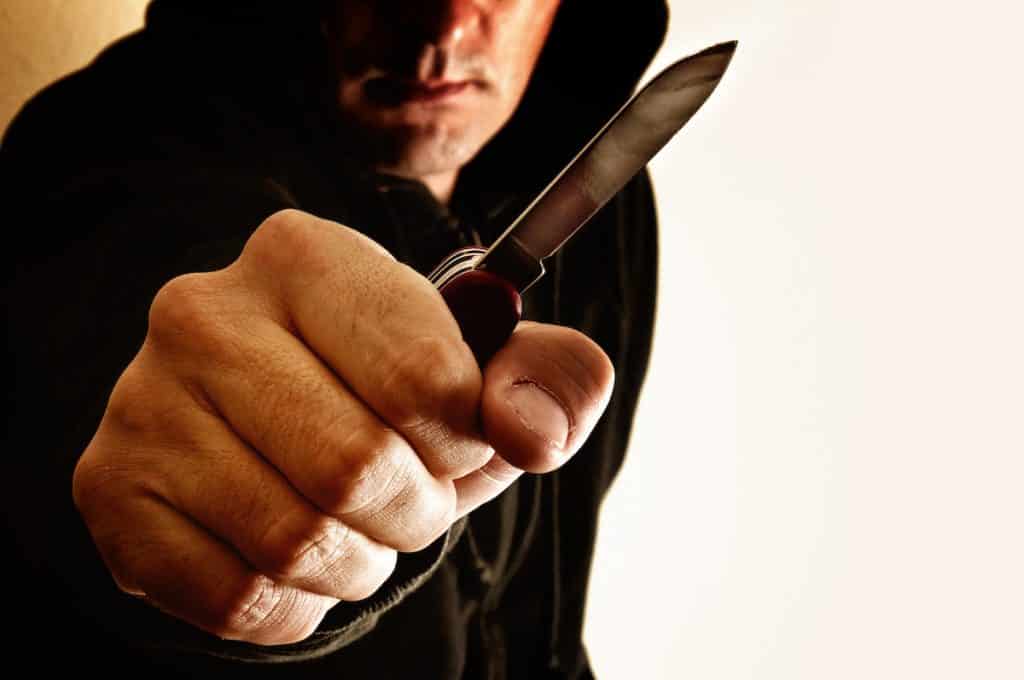 It’s easy to get overly focused on handguns when you CCW. I think a great deal of this comes from the process of getting a firearm, learning to shoot, getting the permit, and learning the applicable laws for interstate travel. It’s fairly involved and detailed oriented and thus becomes central to our thinking. In reality the threat landscape is a bit more complex than that. I think we tend to overlook that the bad guys are just as likely to be armed with knives, clubs, sticks, and the like as with firearms. These are distinct threats to which we may have to respond very differently.

If you’re not familiar with the Tueller Drill, you need to learn about it and fast. In essence, it shows that an attack originating within 21 feet can cover that distance faster than most people can identify the threat and draw their handgun. As such, close threats often require a hand to hand response in order to create enough space and time to bring a handgun to bear.

It all comes down to space, and how you create it and control it. Situational awareness helps, of course, as does an understanding of your surroundings and the ways in which criminals and assailants approach people. It’s cliché, but sitting or standing with your back to the door is not recommended. And remember that the world is full of potential weapons—if an attacker is charging you, throwing your coffee mug at their face or flipping some furniture into their path can buy you the space and time you need. There’s a video floating around of a British cop dealing with a mentally disturbed man wielding a machete. At one point when the attacker was approach the constable moved a large garbage can between them, thus creating an obstacle for the assailant. Smart thinking and a good example for the rest of us.

Different weapons require different approaches, but the basic goal is the same: neutralize an incoming attack, get control of the weapon if possible, deploy your response. You’ll need to train hard to be effective, but that’s the way of things in the world of CCW. Of course, having a good and reliable handgun and holster are a must. Once again: don’t get so focused on deploying your handgun that you neglect the threat in front of you. Remove the immediate danger and then find a space to draw your concealed weapon.

On a final note, there are legal implications to be considered, as is common in the world of self-defense. Anytime a gun is fired at a human being it’s an act of violence and the use of lethal force. While this is generally legal if the threat is serious enough, what constitutes a serious threat varies from state to state. Knives are often considered lethal—but what about a stick or a bottle? Only God and the legal professionals know, and I suggest consulting with both of them if you’re serious about CCW and self defense.

Revisiting the Role of Revolvers