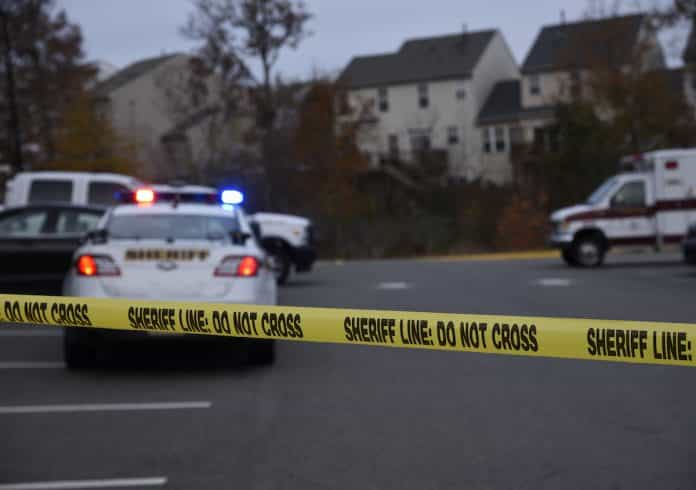 A man and his girlfriend were out for a walk early in the morning on April 21, 2020 when they noticed that two men appeared to be following them. Suspicious of them, the couple stopped to allow them to pass by but instead both stopped to attack them.

One of the suspects grabbed the man by the throat and said:

At this point, the man told police, he pulled his gun and shot the attacker once or twice.

One of the suspects ran, the other was found nearby shot in the chest. The victim suffered a gunshot to his leg. Police were able to apply a tourniquet and he was taken to a hospital.

In dealing with situational awareness and recognizing potential threats, many people do good in the recognition area but fail to follow up to confirm if the threat real because of a resistance based on not wanting to “overreact”. One simple way to confirm a threat is to change course or let the potential threat know that you see them or even give a firm command to “stay back” or something similar and then observe their response.

Non-threats will continue on their course unchanged or appear startled and back off and even think you’re a crazy person when you issue a command. Their actions will tell you immediately if they are a real threat or not and if they are you can now quickly take appropriate defensive action.

This couple did the right thing in first noticing the potential threat and then stopping to observe their actions. Where it appears they made a mistake was in not keeping enough distance between themselves and the other two men. A quick change in direction by the couple and continuing to move away from their previous direction would have forced the other men to either give up their intended attack and keep moving along their original path or reveal their intentions by turning to pursue them.

The next step for the couple could then have been issuing commands to stay back. If the threat continues to pursue after that then there is no longer any doubt about what is happening and then distance gives them time to react.

Fortunately the man was armed and was able to draw and shoot while in the suspect’s grasp thus ending the attack and it didn’t “go down” anything like the suspect intended.