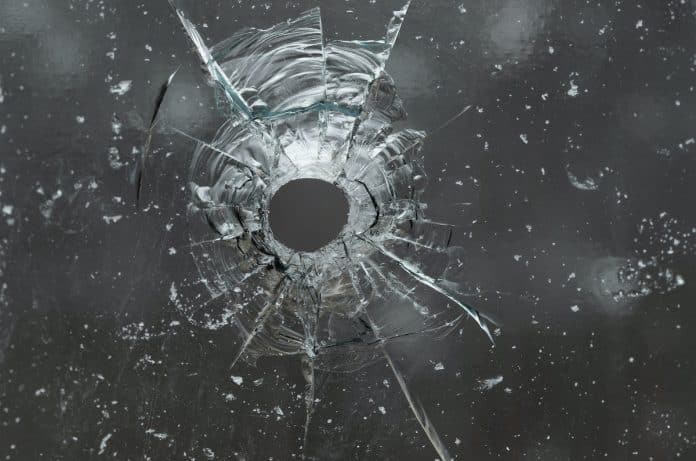 Tabor City, NC – Carlton Fidler pulled into his driveway about 2:00 PM on April 21, 2020, and noticed on his phone that security cameras recorded a new event. Checking the video, he sees two men enter his home through a back window.

The homeowner pulls around back, parks, and notices an air conditioner is removed from a window. Looking through that window, he sees the two men he just saw on the security video. He then draws his legal handgun and orders the two men to raise their hands. Instead of complying, the two men act aggressively toward the homeowner, so he fires two shots through the open window. One of the rounds strikes and kills one of the men. The other runs off as the homeowner fires three more times but is soon caught, unharmed, by local Sheriff’s Deputies.

There had been numerous break-ins at Fidler’s home prior to this incident. During those prior reported break-ins in 2019, there had been at least 13 firearms that were stolen. As Reported By WWAY

Fidler told police that he was concerned that these men could have been the same ones that had stolen his guns earlier and that they could have been in possession of them at that time. Police found that all of the homeowner’s firearms were still secure though the dead suspect did have several loaded magazines that belonged to the homeowner.

After reviewing all of the evidence, the local district attorney’s office concluded that the homeowner’s actions were reasonable under North Carolina law. Without quoting the entire statute, the law presumes that a lawful occupant of a home has a reasonable fear of imminent death or great bodily harm if they have reason to believe that an unlawful and forcible entry is occurring or has occurred. Further, NC defines a home to include its curtilage of the property surrounding the home. Therefore the law makes no distinction between the homeowner being inside the home or just outside the window as both are considered his home.

Even though both the Sheriff’s and Attorney’s offices strongly encouraged victims to call law enforcement instead of handling situations themselves, they concluded that this homeowner did act within the law and will not face charges.

I can most assuredly tell you that this would not have been the case in other parts of the country. Not all Attorneys and Sheriff’s offices are as honorable when it comes to enforcing the law as written as these were. And not all states recognize the curtilage of the home as part of the home for the purposes of self-defense, which is why he did not have a duty to retreat before engaging the threat.

It’s also never a good idea to engage in a fight that you don’t have to. I can see this homeowner getting out of his car to check on the open window, but once he saw the suspects in his home, it’s time to get back in the car, call 911 and get to a safe place to observe. Had the suspects indeed been armed with guns they previously stole from him, this homeowner could have ended up in a gunfight that he could have lost.

I don’t know if North Carolina has self-defense immunity laws on the books, but if not, then this homeowner may have been cleared of all criminal charges, but that won’t stop the family of the deceased suspect from bringing a civil wrongful death lawsuit against him.

Did this homeowner actually know the law well enough to have full confidence that he was acting lawfully in this incidence, or did he just get lucky, so to speak?

This is why we must know the laws pertaining to self-defense in our area and why we must avoid the fight if at all possible.