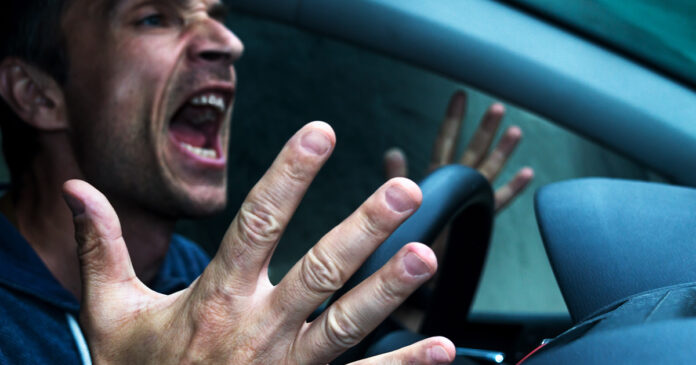 Travis Draper, 41, was killed along Highway 295 after he pulled his firearm on another driver, the latter shooting and killing him in self-defense according to the sheriff’s office.

The altercation began at a red light along Highway 295 while the two were on their respective ways to work, according to Sheriff Chuck Wright.

It stemmed from an argument about the victim’s vehicle being too close to Draper’s. It continued along the highway, both men seen increasing their speed and driving aggressively. Draper almost hit an uninvolved vehicle while chasing the victim through an intersection.

According to Sheriff Wright, Draper pulled and pointed his firearm at the other driver. That driver then drew his firearm and fired one shot at Draper.

Draper was struck under the armpit and died at the scene, according to the coroner. The other driver went to work afterward and let his wife know what happened. She realized her husband was involved when the incident hit the news stations.

The victim driver obtained an attorney and reached out to the sheriff’s office. The office and solicitor agreed the shooting was in self-defense, but Sheriff Wright stated law enforcement should have been called sooner.

“We’ve called everyone we know asking if there is any way or any reason how we can charge somebody in this case,” Wright said. “There is no code of laws that I’ve been made aware of that we can charge this young man. He did this in self-defense. ‘Do I like it? No.'” VIA WYFF4

Surveillance of the incident will not be released to the public after Draper’s family requested it be kept private.

Spartanburg County Councilman Monier Abusaft agreed with the sheriff’s office ruling but emphasized the other driver should have notified law enforcement sooner.

Sheriff Chuck Wright is working with Rep. Travis Moore for legislation regarding individuals being required to report to law enforcement in a reasonable amount of time when involved in a shooting.

With Draper chasing the other driver, it makes him look like the aggressor on film. The victim is seen trying to flee the situation, rightfully so. The best thing to do is avoid a shooting at all costs, but the imminent threat of danger from Draper not only chasing him but pointing a gun is cause for defense.

It is not stated if the shooting occurred while driving or if the two were at a stop, but it is still an example of being vigilant as much as possible, as road rage shown here is not the most easily avoidable thing when one party is a constant aggressor.

Definitely check your local laws not just for self-defense laws but also carrying a firearm in your vehicle. Some states allow them with limited visibility and/or restriction(s) on having them loaded.

If you can avoid confrontation when carrying, all the more power to you, but always stay vigilant after the fact. Also, notifying law enforcement when involved in a shooting should be done so in a rather more reasonable time as needed to avoid further charges.